Tyler Spline, one of the Sims that started it all, has somehow (presumably through a game glitch) become an immortal ghost. Even resurrected ghosts usually die after 20 or 30 Sim days, but Tyler keeps on chugging.

I had to have him back.

Finally I went for the big guns: I held a party.

I haven’t yet had a Sim refuse to show up at a party, even if theoretically they should be at work. 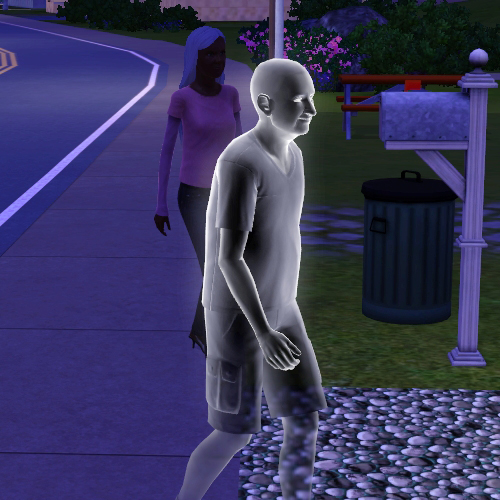 Then I cheated, okay? I cheated! I didn’t have the patience to do it the standard way, so I used TestingCheatsEnabled and added him to the family. 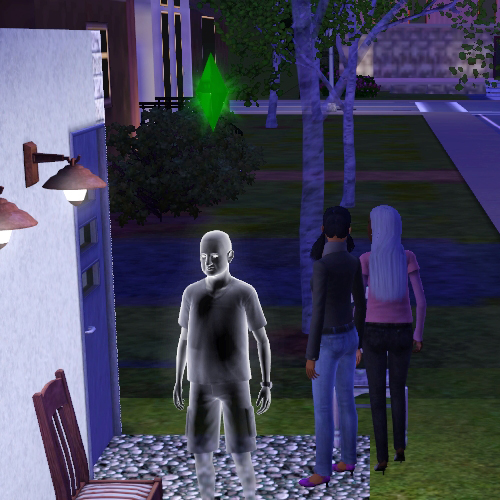 Note the green Plumbob! Tyler is back!

Since my ultimate goal is to get another Tyler baby, I immediately had him start hitting on any woman of breeding age who held still long enough. According to his info panel he is 393 days old, so he could literally die at any moment. (I play on Normal lifespan, where Sims usually die before their 110th birthday at the most.) 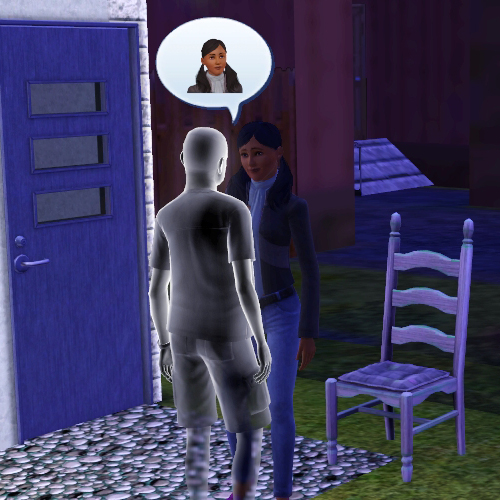 Bertha Dudley was quite taken by him. 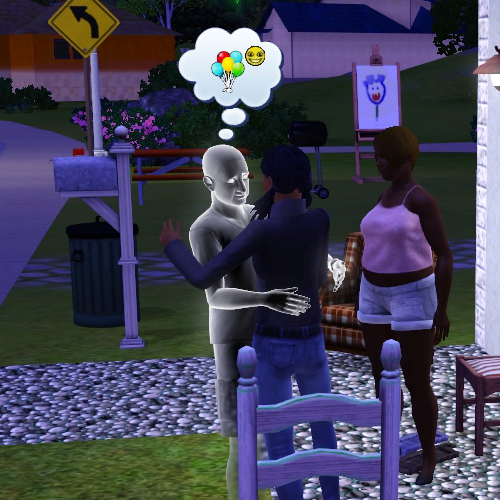 Since it was getting crowded in the bunker, I reluctantly added two more rooms. 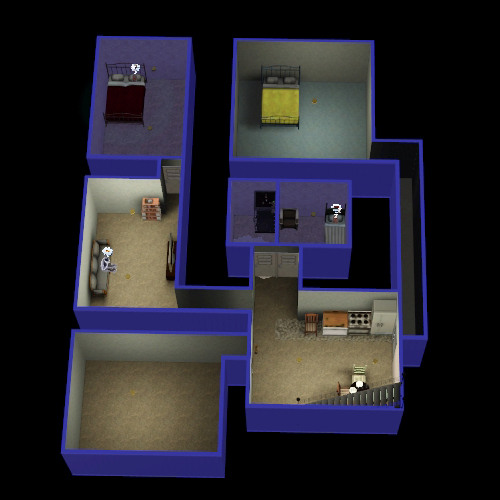 Tyler and Bertha quickly made good use of Tyler’s new room. 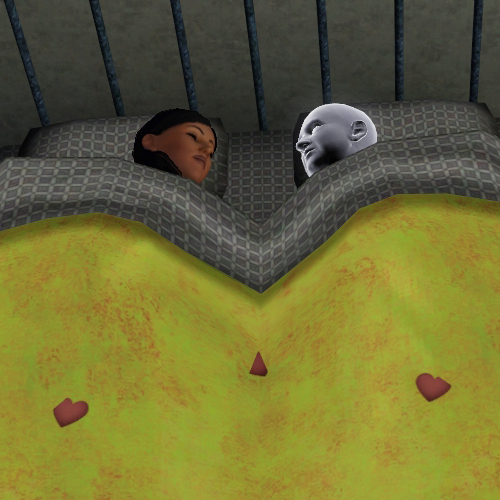 The next night we had a wedding. The groom was tired, the bride was hungry, and some random guest was grieving. 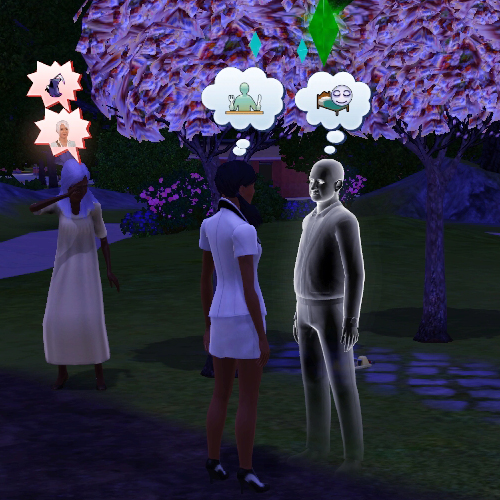