Oh sure. That building totally fits into the neighborhood, no problem. 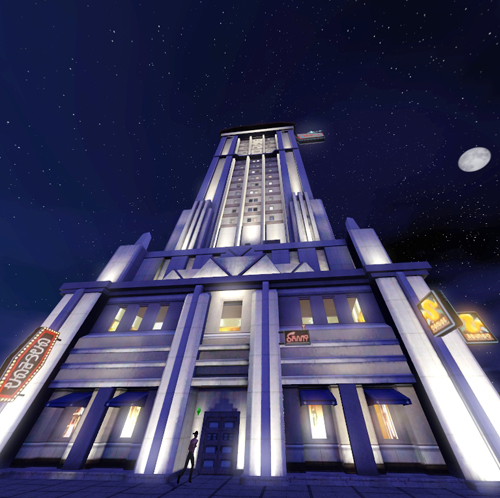 Parker entered with some hesitation, right on the heels of the bartender. 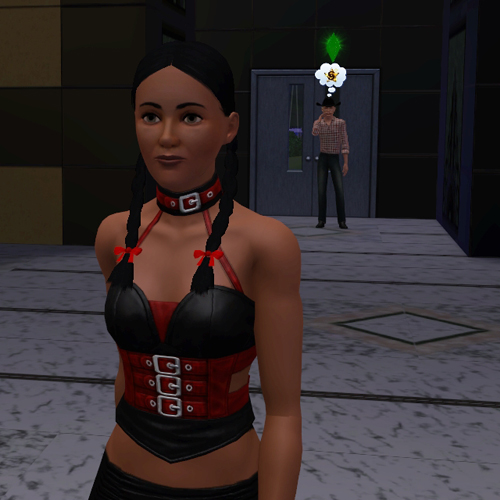 She seemed even less impressed when Parker changed into his Formal outfit. 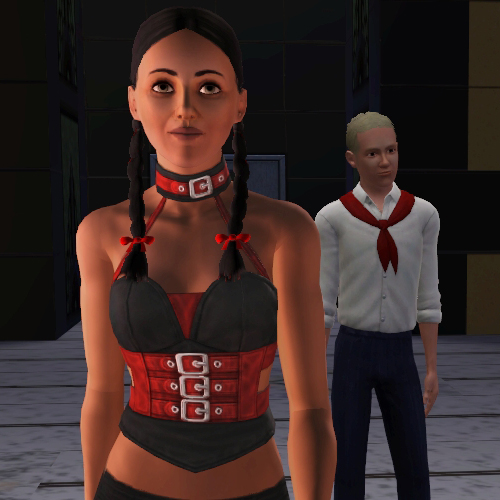 I call it “The Hank Venture.” (Whoops – I guess I need to recolor the neckerchief.)

First I had him investigate the basement. 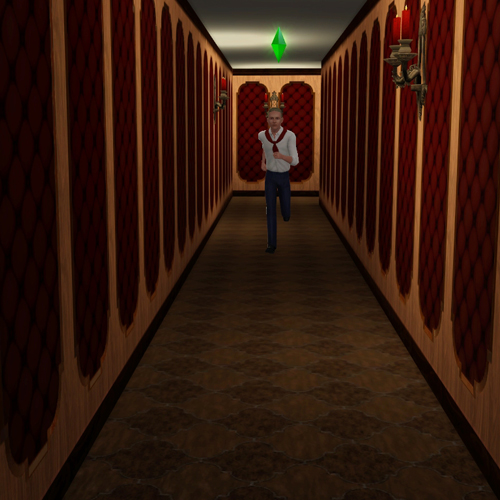 He found some interesting stone coffins which seem to be empty. 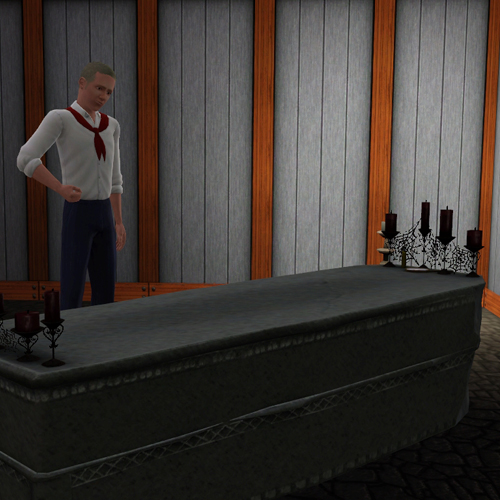 Then he followed a staircase leading upwards to… a creepy spot behind the building. Letdown. 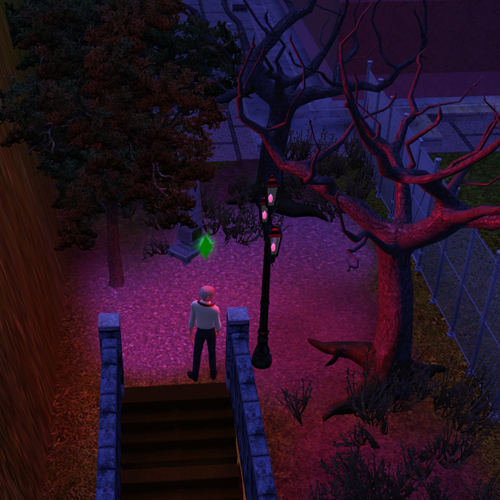 Back inside the building, upstairs he found a penthouse club being guarded by a Very Large Bouncer. 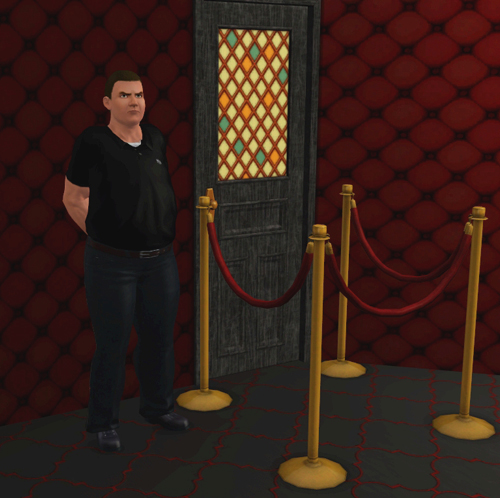 Even though Parker asked nicely, the bouncer refused to let him in. 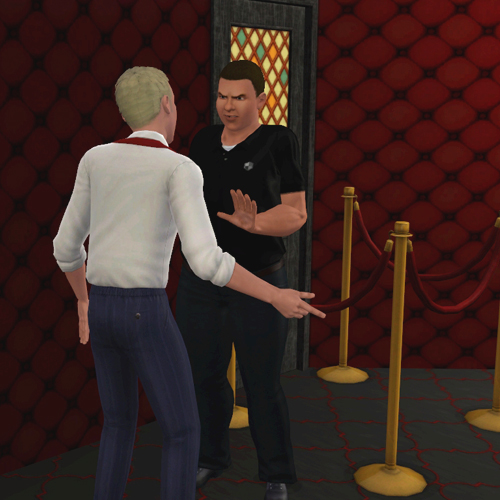 Luckily, Parker was able to sneak past the bouncer! While thinking about cake, apparently. (I do that, too; randomly think about cake.) 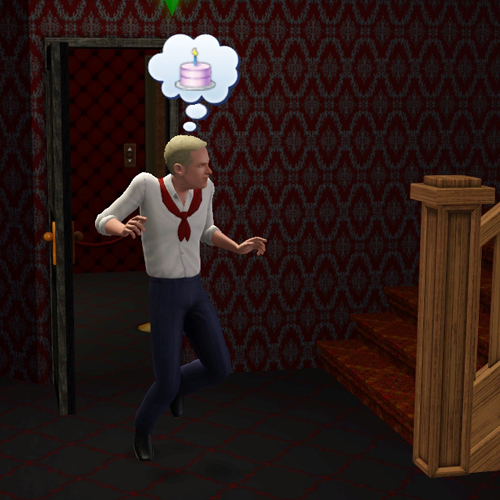 The bartender seemed to recognize him as being “that dork from the lobby.” 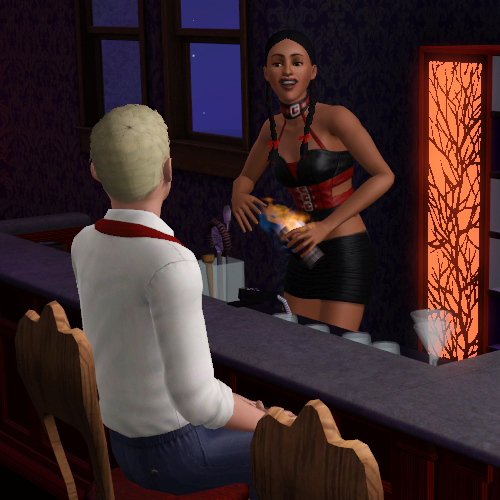 Parker was getting pretty tired at this point. Suck it up, kid! This is the big time! 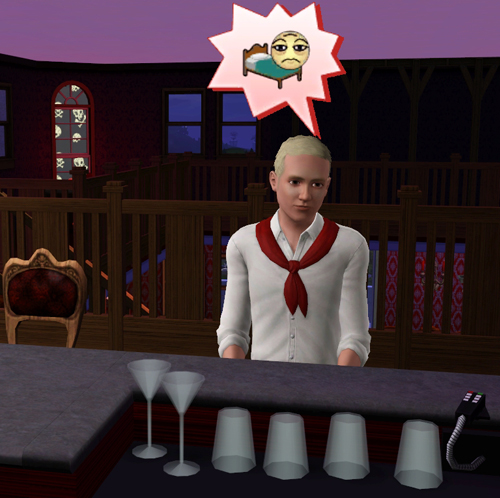 While he sipped his fancy mixed drink, I panned the camera out to the balcony and proceeded to make myself dizzy peering over the edge. 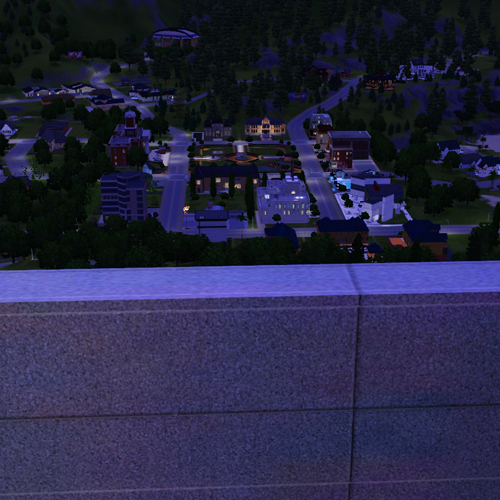 I’ve been playing the Sims games for a decade, and there’s never been anything like “heights”! 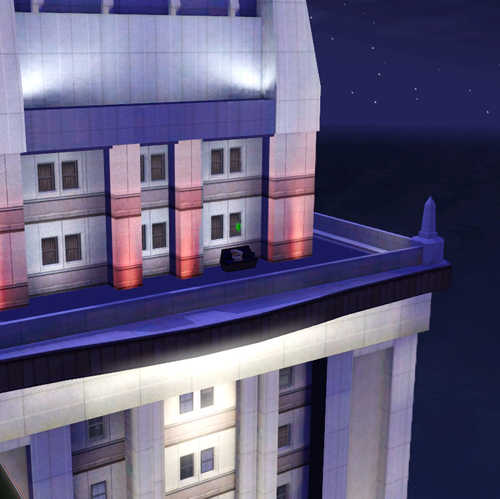 Parker looks so tiny, napping on that couch way high in the sky!

Then the club closed, and kicked us out, and I sent Parker home. Somewhat anticlimactic, I have to admit.