It was Parker’s birthday, but no one was paying attention. 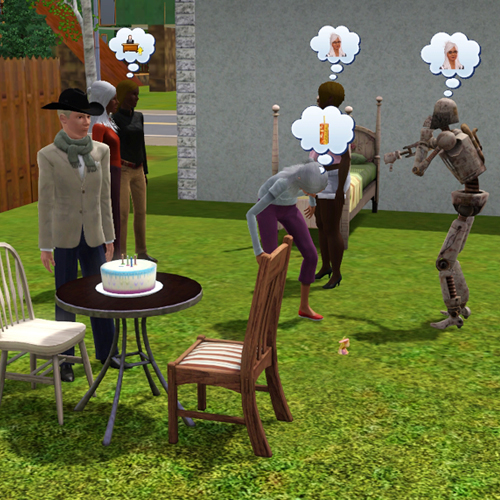 Angela tried to chat up Tyler Spline’s ghost, but he left before they could be friends. Damn, I shoulda just used the cheat to merge him into the family. 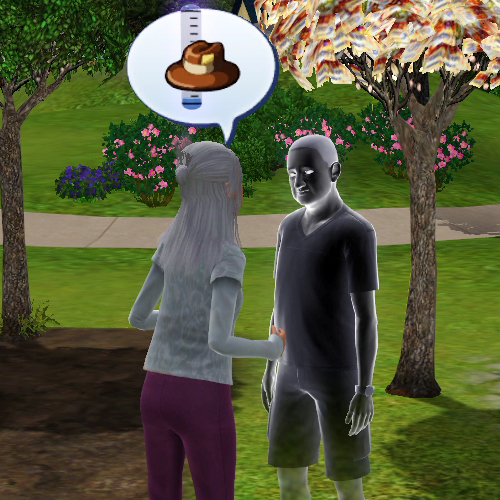 Meanwhile, I toyed with a new look for Parker. 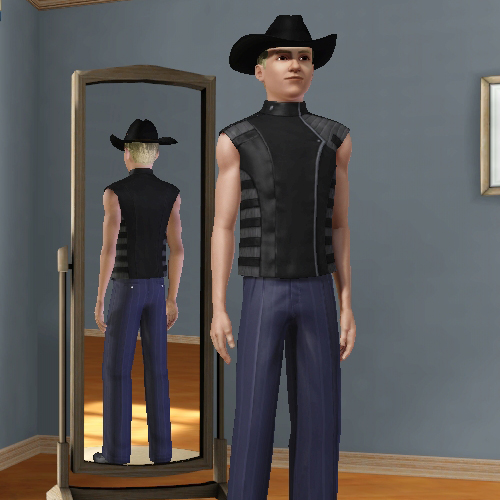 No really, I decided to stick to the cowboy look (except for his formalwear outfit).

For his birthday, I wanted to send him to a bar to have a proper good time. But there aren’t many lots left in Sunset Valley at this point! And nothing big enough to accommodate one of the cool bars from the Late Night expansion pack. When I went into Edit World, I only found a few places where I could add a new lot. So annoying!

For all that expanse of magically self-mowing lawn, there isn’t much building space. There are a few routable spaces in the fancy, stirrup-shaped neighborhood where the last Splines house is located.

I plunked down a dive bar and a vampire club, and called it good. 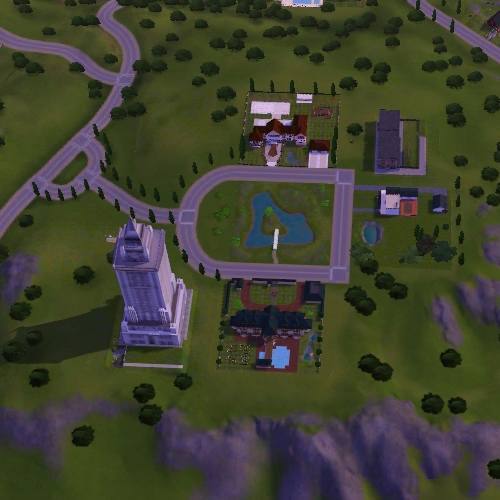 Imagine waking up one morning and finding a 30-story skyscraper has sprung up next door!

Parker visited the dive bar first. He looked like he had some doubts when he walked through the door. 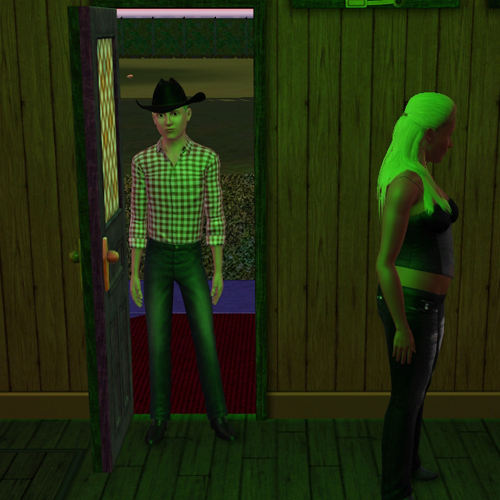 But the friendly blonde lady agreed to dance with him, so he loosened up a little and had some fun. 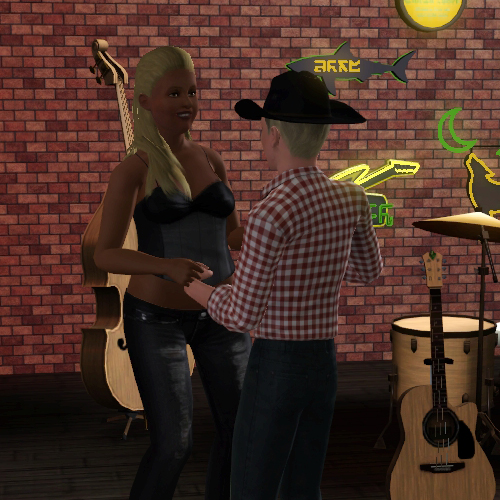 Next time: the vampire club!