Happy Love Day! Since Cordelia has the Romantic trait, she was pretty excited about getting out there and finally going on a date. I would really like to find her a match before she dies alone of old age, you know?

I started by sending her to the gym. She has the Active trait, so she likes the gym. And idk, isn’t that where people hook up these days? 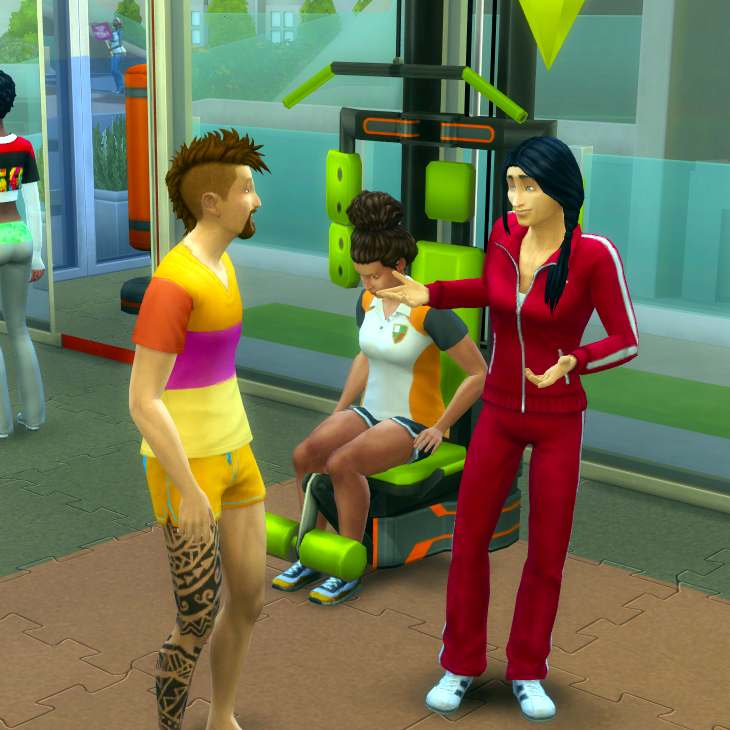 This guy looked promisingly weird, with his mohawk and his leg sleeve tattoo.

But he was NOT INTO IT. 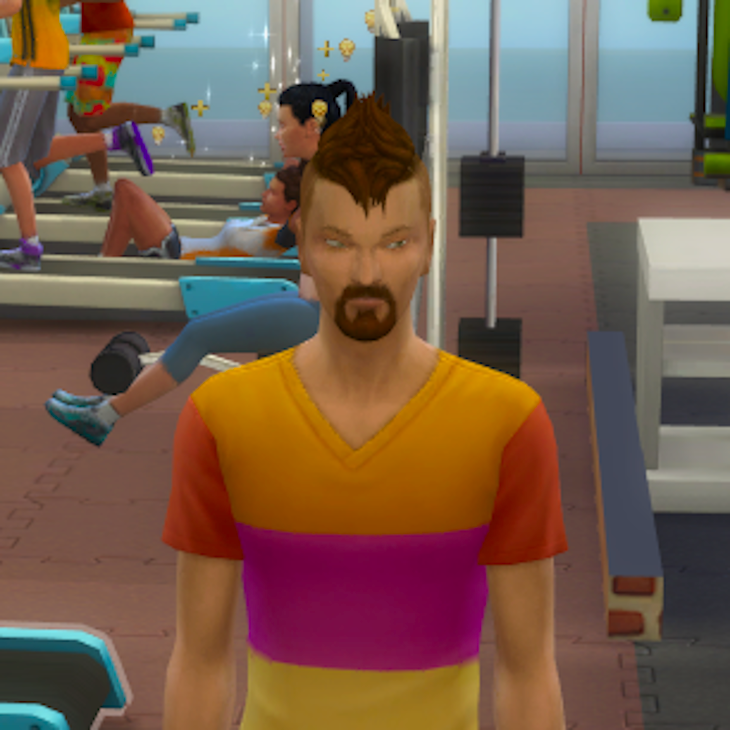 Cordelia went home, went straight to bed, and cried under the blankets for two full hours. 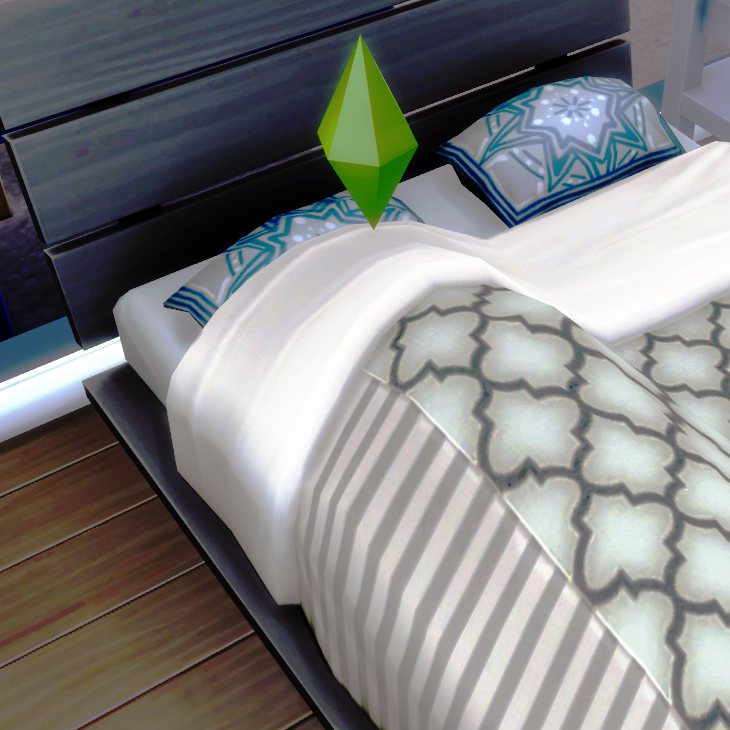 Later, when she pulled herself together, she spontaneously fixed herself a grilled cheese sandwich, then went downstairs to talk to a woman who had been sitting alone in the rain. 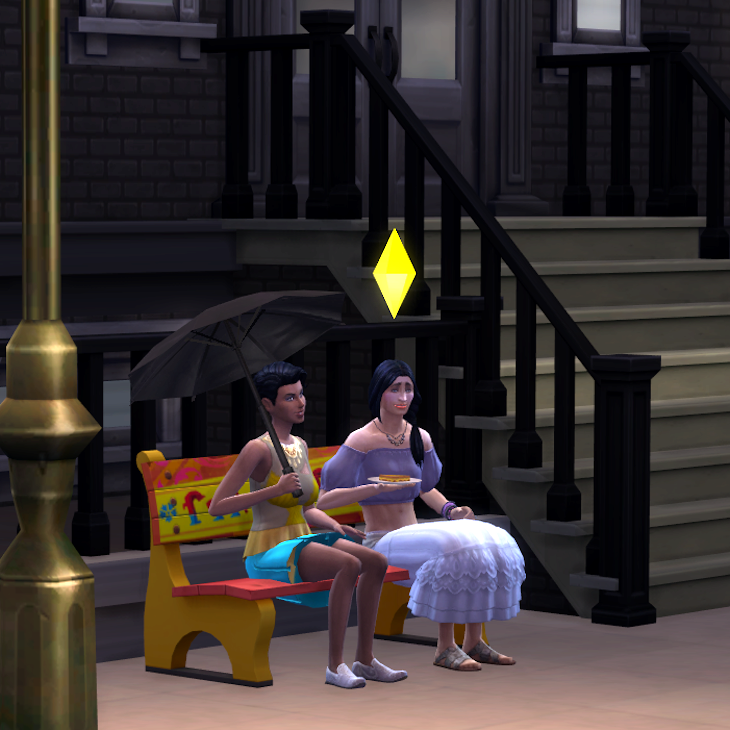 And there’s Darren, of course! 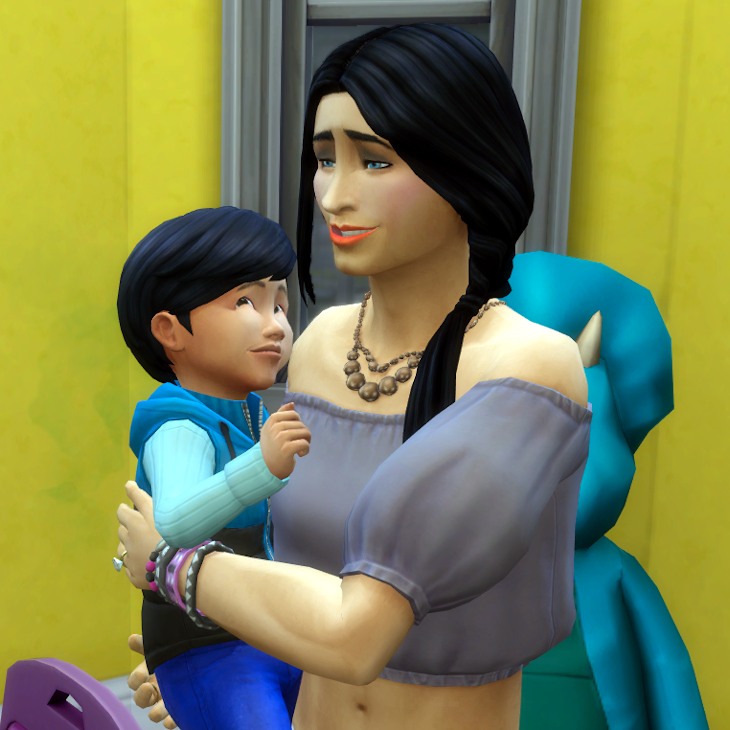 Later that day, the Romance Festival arrived in town. I sent her out to chat up the locals, and she had some good chemistry with this guy. 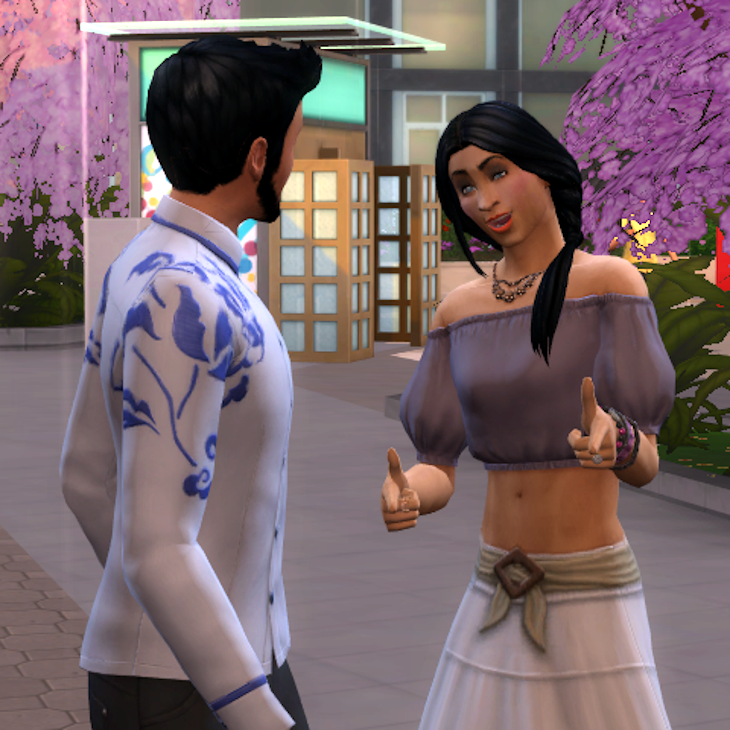 But when she tried hitting on him, it went… badly. 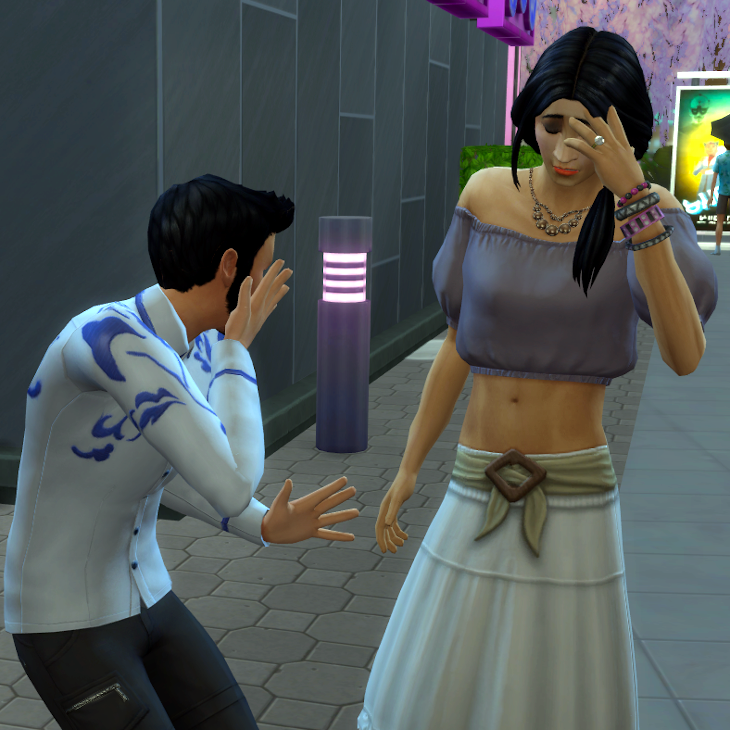