I’ll be honest with you… things aren’t always sizzling with excitement in this game. And sometimes I just don’t feel inspired. I spent most of this gaming session eating dinner, then sorting through my mail.

Angela and Hera had a nice, albeit brief, conversation on the couch. Then Angela got all cranky and insulted Hera, and they went back to their chilly conversational detente. 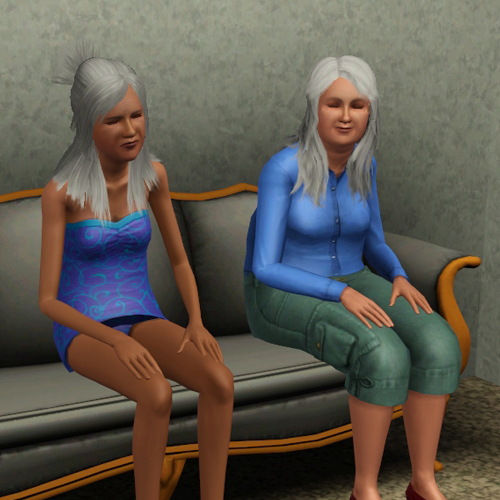 Every time Angela’s job gave me a pop up about whether or not she should steal campaign funds, I always had her steal. Ka-ching! But she eventually got fired.

Since Cooking is her next highest skill, I sent her off to sign up for a job on the Culinary career track. 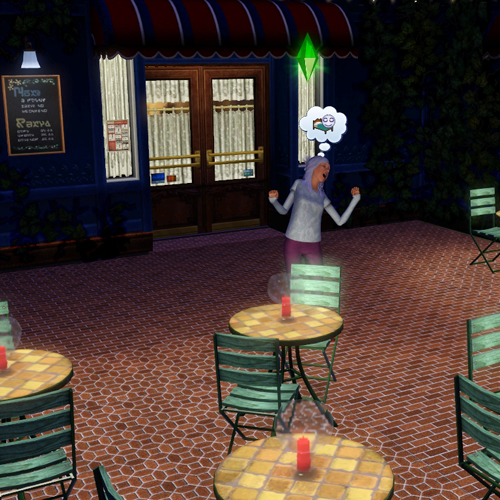 I don’t care if you’re old and tired! You’ll mince those carrots, and you’ll like it!

Poor Bertha spends most of her days standing around in her bathrobe, holding the baby and watching television. 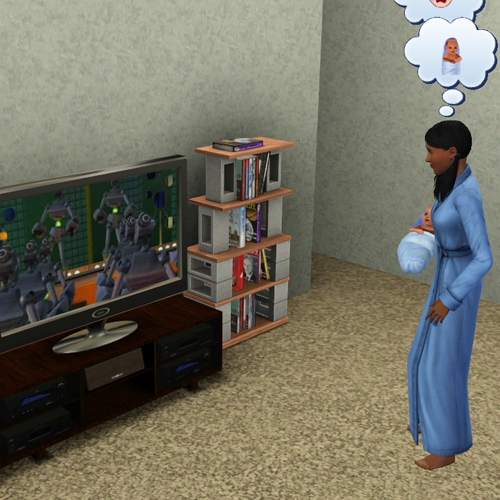 I try to make her watch the Gardening or Cooking channels so that she can at least boost her skills. But she always turns it back to that channel with the robots and the evil scientist. (A Sim after my own heart.)