Tyler woke up that day at the ripe old age of 92. He started the day the way he always did: with calisthenics. 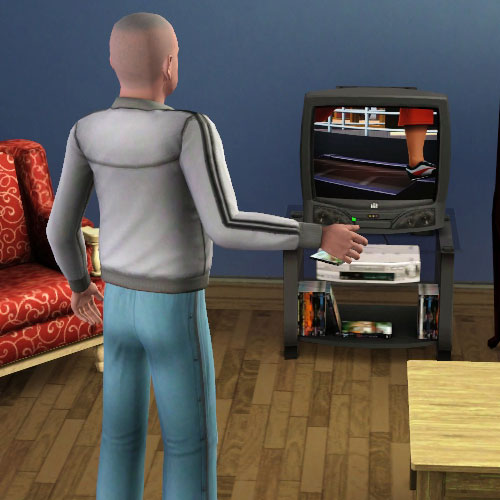 He was feeling a little lonely, and the “Stir Crazy” moodlet had appeared. I sent him out to pester the old lady across the street. She recently lost her husband, and has taken a liking to Tyler. 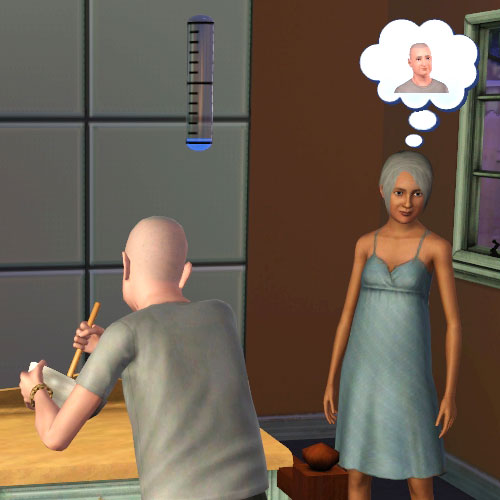 That didn’t keep her from kicking him out when he sauntered into her kitchen and started making pancakes, though.

Recently Tyler had lost interest in fishing in favor of his new passion, gardening. A few days earlier I had accommodated his new interest by building them a nice deck and a gardening area in the side yard. 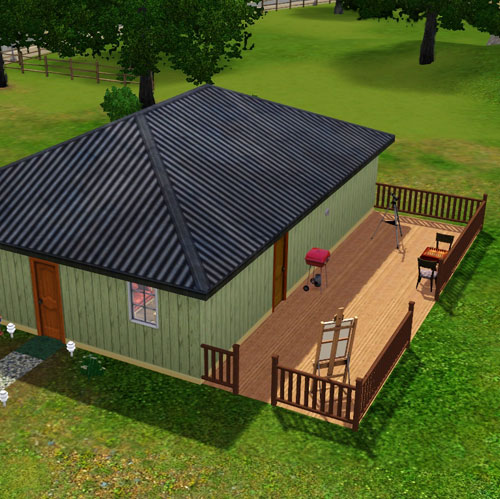 After he slunk out of the neighbor’s house, I sent him out to garden while Napoleon went off to fish. 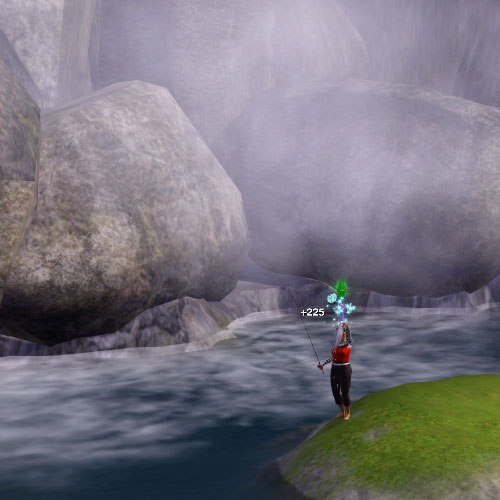 Just as he started harvesting apples from the tree, a swirly glowy gold visual effect swept him off his feet. Oh no! 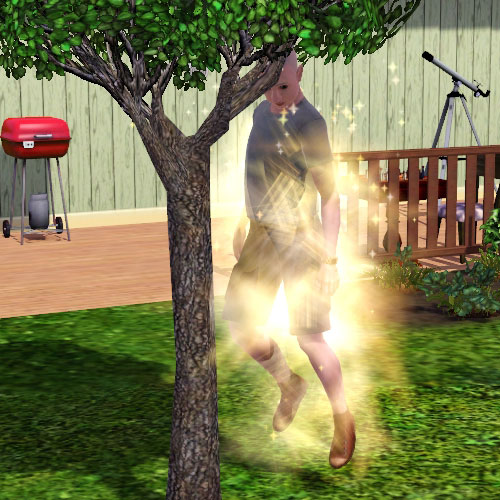 He hung about for a bit as a ghost, looking a little too “Blair Witch” for my taste. 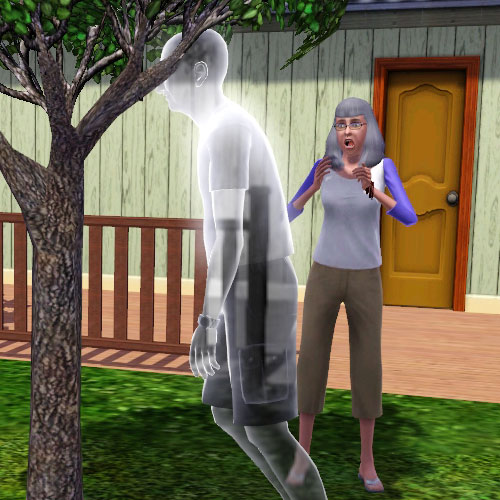 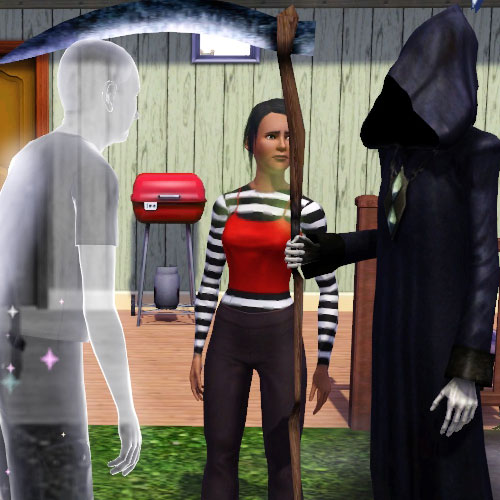 After Tyler zoomed up into the sky, Death invited himself into the house for a bit of socializing. 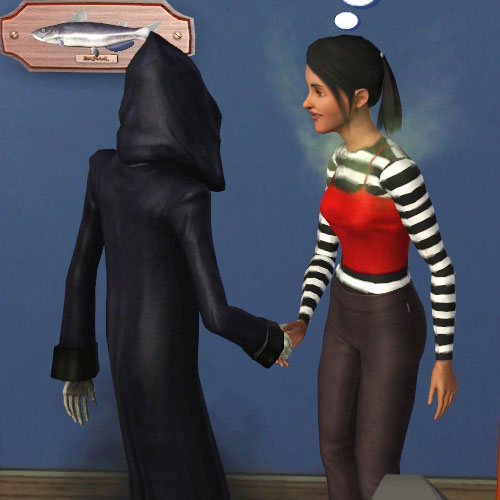 “Nice to meet you. You might remember me from a few minutes ago, when you killed my father.”