I’m skipping Kerri’s toddler days, because they were largely unremarkable. Before I knew it, she had grown up into a child. A child with really weird hair. 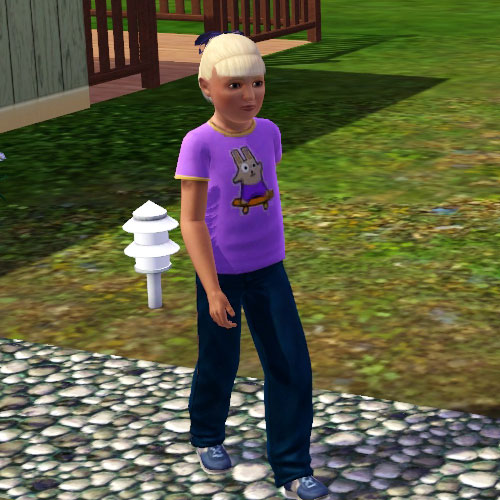 Her personality traits were Loner and Genius, to which the game added Family-Oriented. A strange combination: Kerri hates crowds, but loves being around her family. I envision a lot of very small family reunions in her future.

Her first wish was to see her father, so I had her phone and invite him over. To his credit, he showed up. 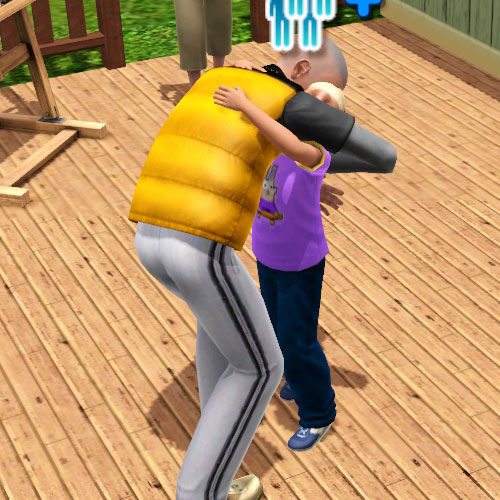 About ten minutes later, Parker slunk away and caught a taxi without saying hello to anyone else. Nice.

Meanwhile, Ana is enjoying her later years. She’s 102! I’m watching her closely, because I expect her to keel over any minute. Instead, she spends her mornings IMing with her friends. 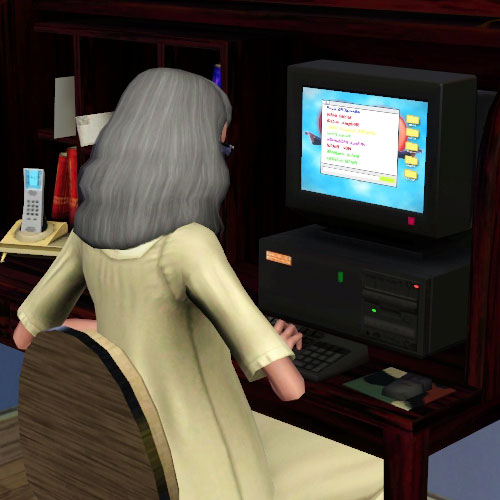 And her afternoons are spent painting out on the porch. 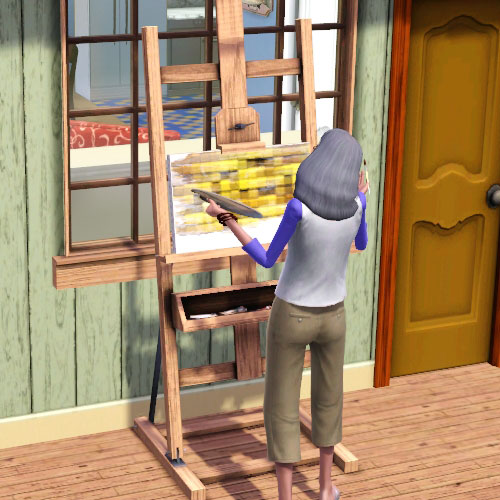 Napoleon had a wish to join the Science career, so I’ve been forcing Ana to clean the house and cook all of the family’s meals. Just because you’re 102, that doesn’t give you a free pass from housework, I’m afraid!