Things just aren’t going right in the Spline household. For one thing, I had planned to have Hera garden to make money for the family, while Angela acted as the primary caretaker. But Angela is terrible at this job. 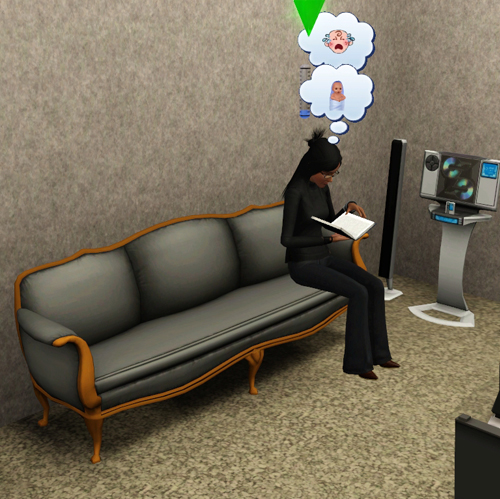 “Huh, I sure wish that baby would stop crying. Makes it hard to read my book.”

Then for some reason I thought that you could make money baking fortune cookies. I guess I was thinking of the chocolate maker in Sims 2.

I had Angela spend the better part of the afternoon making cookies on a fortune cookie maker that Hera salvaged from the dump. 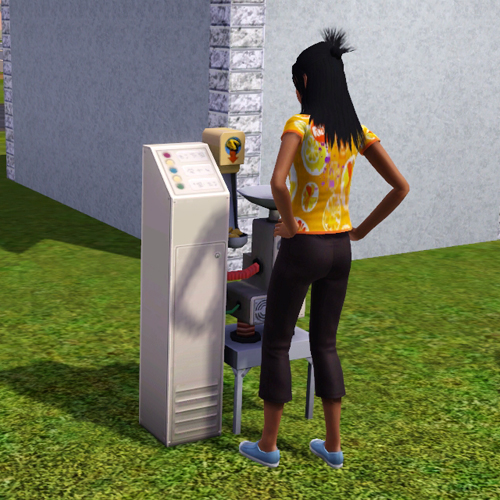 But it turns out that all you can do is eat them. So that was kind of a waste.

That night, Angela watched television while Hera read on the far side of the couch. The gulf between them, made visible. 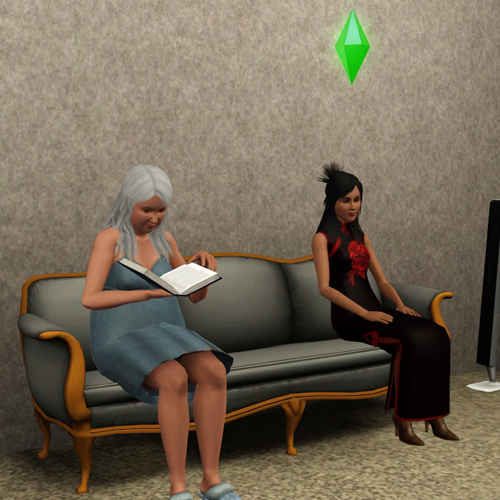 Parker grew up into a toddler. He had a chilly little birthday. Angela plunked him on the floor and walked away. Hera was sound asleep, and didn’t wake up in time to see him grow up. 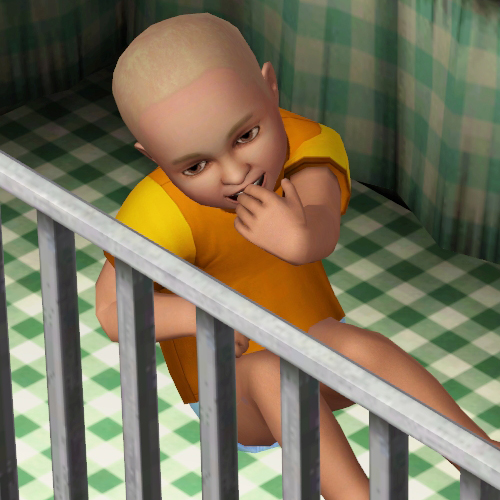 While Angela and Hera slept, Parker was on his own. I turned the television around, so at least he could watch TV. Their television only gets the cooking channel, but he seems to enjoy it.

The next morning, Angela insulted Hera. I didn’t catch it in time to see the insult. Angela turned around and stared at the wall. Hera picked up Parker, while telling him how embarrassed she is by the insult. (I realize this is a terrible shot, but it’s the best I could do.) 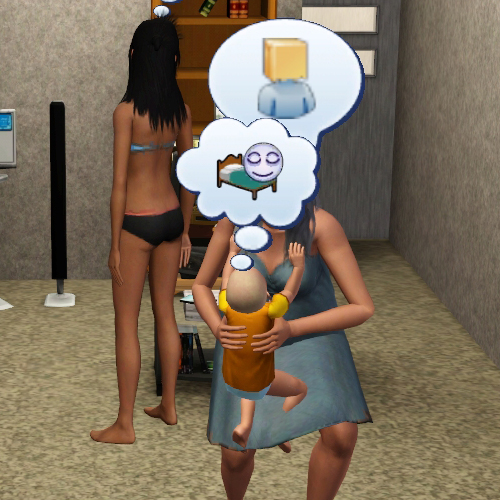 Then something happened that I haven’t seen before: Angela got a Wish to “Break up with Hera.” WHOA.