The day before Kira’s birthday did not go well. When she awoke in the morning, she discovered that her kitchen sink had broken. Here she is not giving a single solitary shit about it. 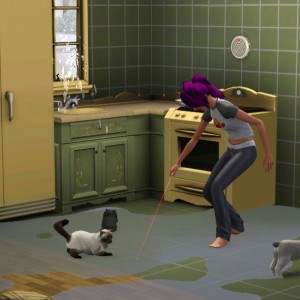 When the repairman arrived, she kept interrupting him to show him cat videos on her phone. 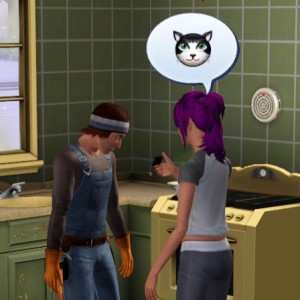 Kira is now earning about $300 a week in royalties from her books. Things are finally starting to turn around for her: I used one of her royalty checks to buy a Brand! New! Dishwasher! 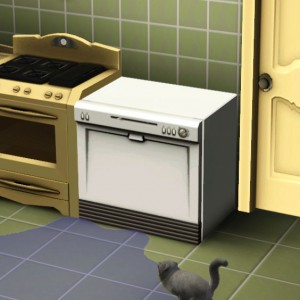 For her birthday, I relented. I fired up the cheat console and deleted the fleas from the household. You’re welcome, Kira.

She wanted to throw a birthday party. Problem is, she only knows one Sim: Clark Sauer, the repairman. So she invited him over. 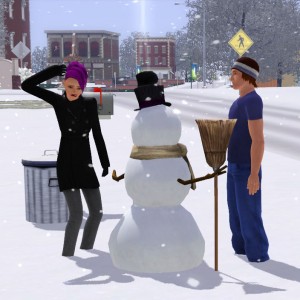 She didn’t seem to approve of his snowman. Later they had cake. Well, Kira had cake. Clark decided he couldn’t handle the mess, so he took out the trash while Kira ate. 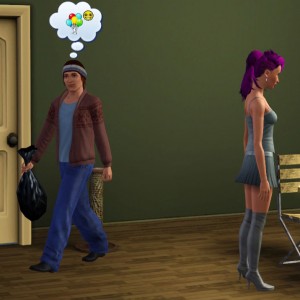 He still seemed to think it was a good party, though.

In order to deploy the cake, I had to move Kira’s computer. Since there were no other surfaces I could use, I bought her a cheap desk. Another life upgrade! 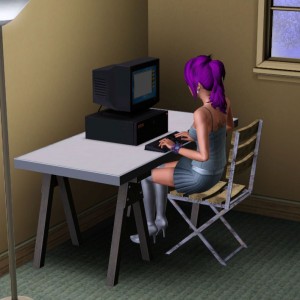 It’s not much, and she’s still sitting on the same crappy beat-up folding chair, but it’s a start.

That night, she was abducted by aliens. 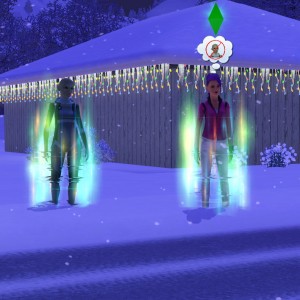 Quite a birthday, indeed!