Katrina Caliente invited Cordelia out again. This time it was to a bar, at night. That’s a date, right? (Who would have thought writing a Sims blog would mean wrestling with so much ambiguity.) 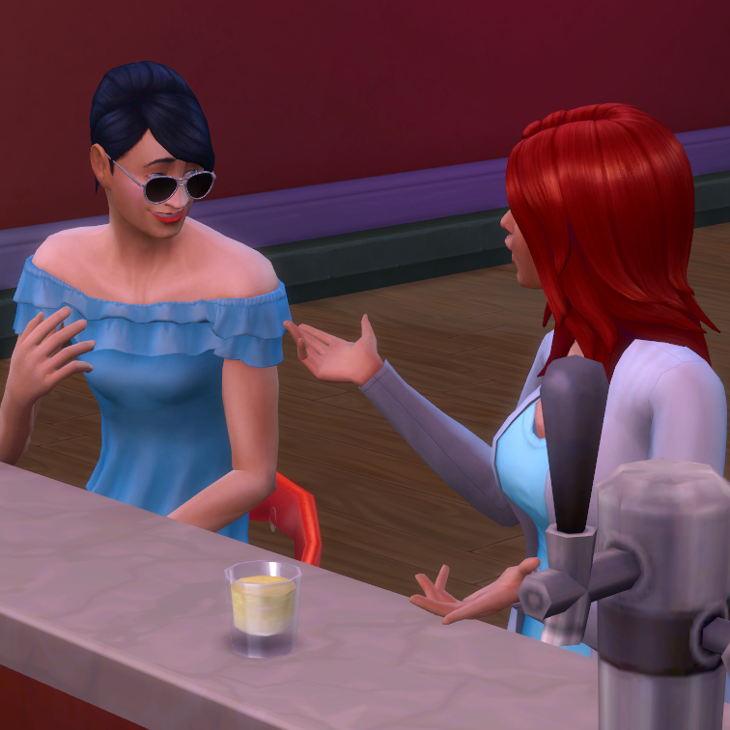 Kristian Ham invited Cordelia out later that week. He took her to that weird giant mansion again, but THIS time I figured it out: there’s a DJ booth in the back yard! 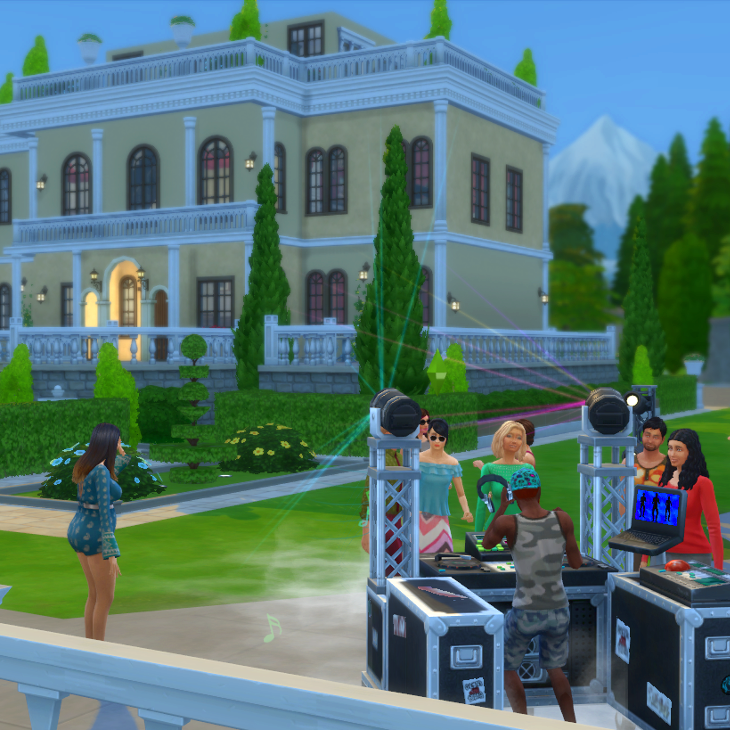 So it’s like a big museum AND a house party. That seems like a terrible idea to me, but what do I know.

Meanwhile, the weather in Strangerville took a turn for the weird. 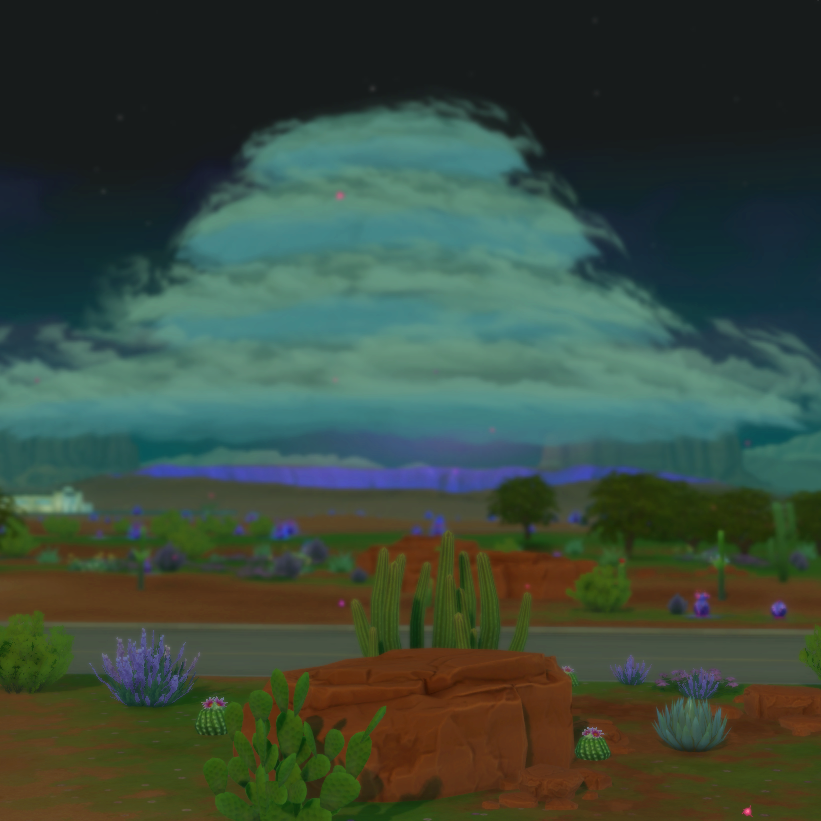 This giant swirly cloud is located over the mysterious secret lab. Very ominous!

The various Bizarre Plants around town are also mutating. Those pink finger-like fronds really give me the willies. 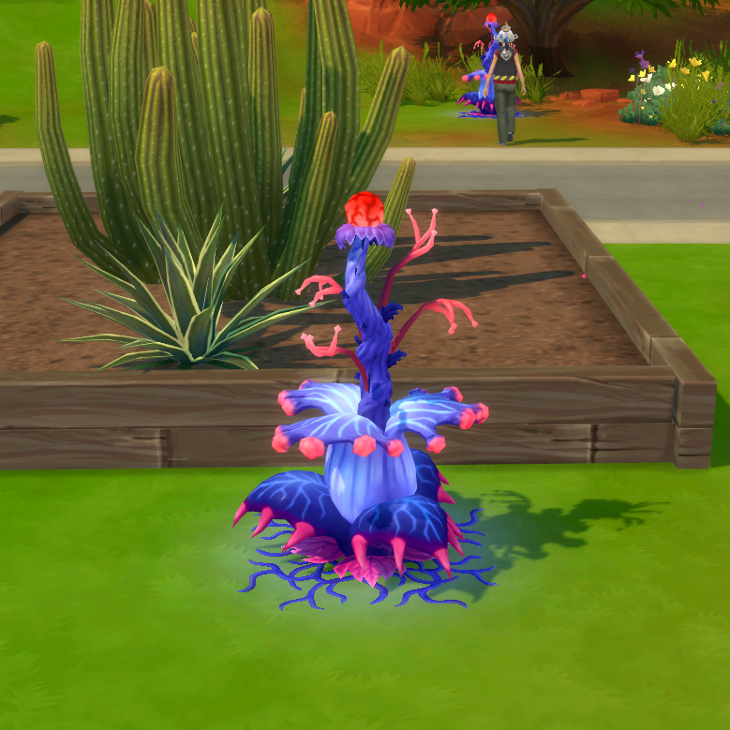 For the next step, Cordelia had to question military personnel in order to get an infection scanner. After talking to Kristian Ham for a while, she got the option to “Seduce for Infection Scanner.” 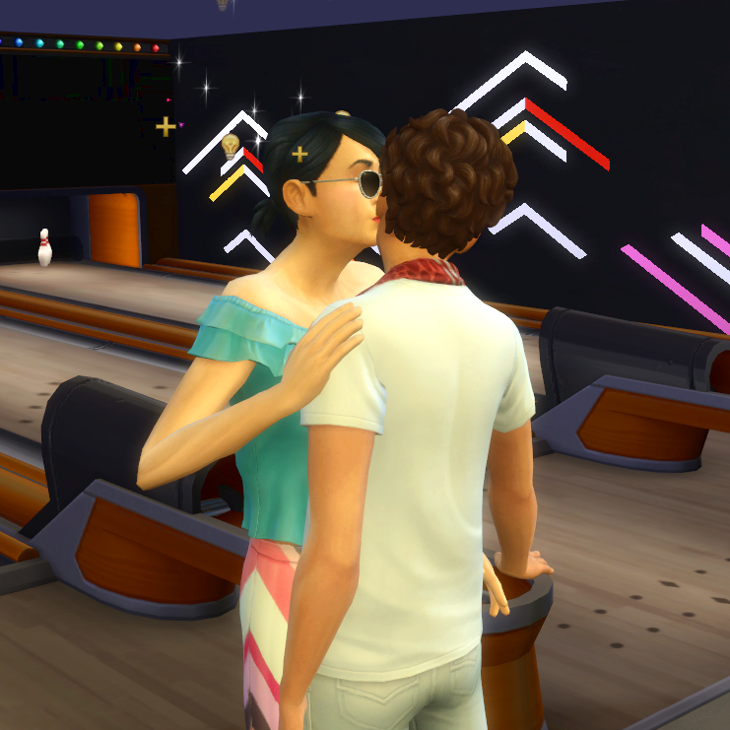 It worked! She got a hand-held scanner which you can use around town to reveal spore clusters. 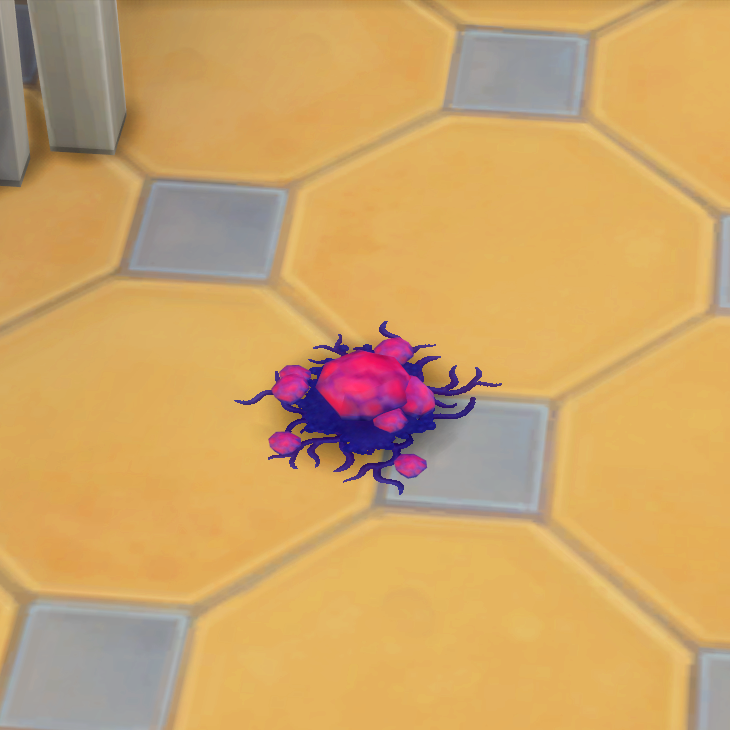