Katrina Caliente called to invite Cordelia out to the Prank Day festival. Was this a date, or like a friendship hang-out? No way to tell. But I can tell you that Katrina showed up looking… damn, girl! 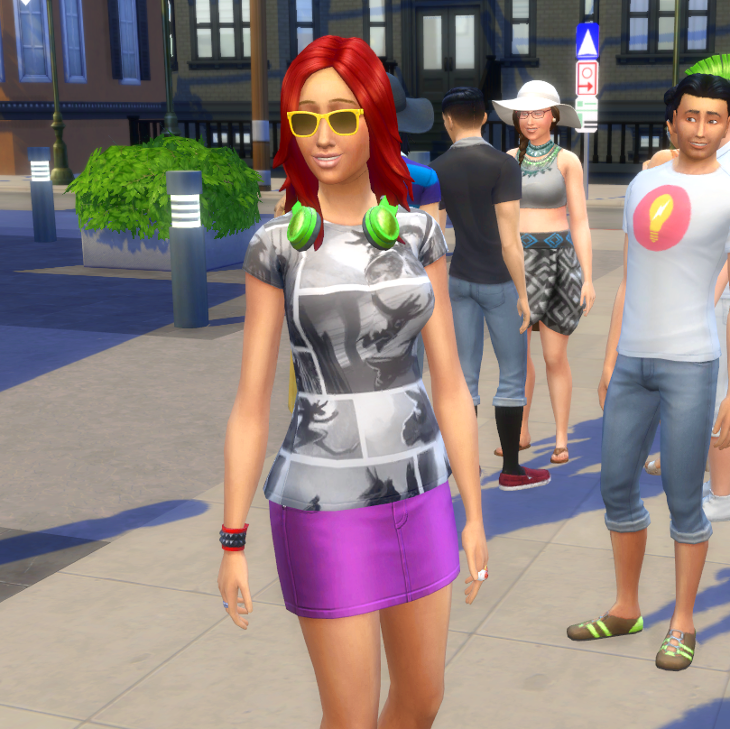 Luckily, Cordelia’s “Possessed” status cleared quickly after she arrived at the event. But not before I had a chance to screenshot these hilarious conversational options for possessed Sims: 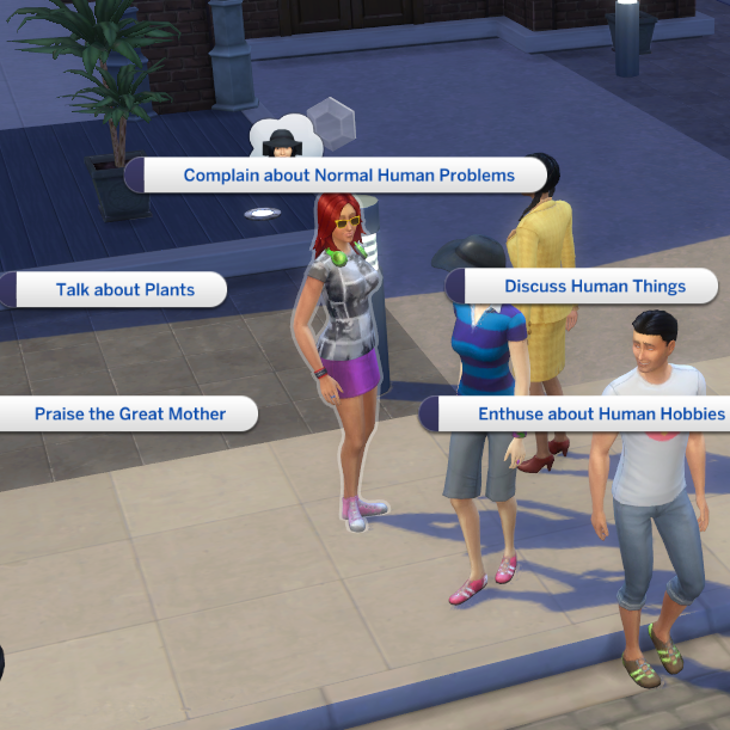 Also, we have to take a moment to appreciate the horrifying personal icon for possessed Sims. 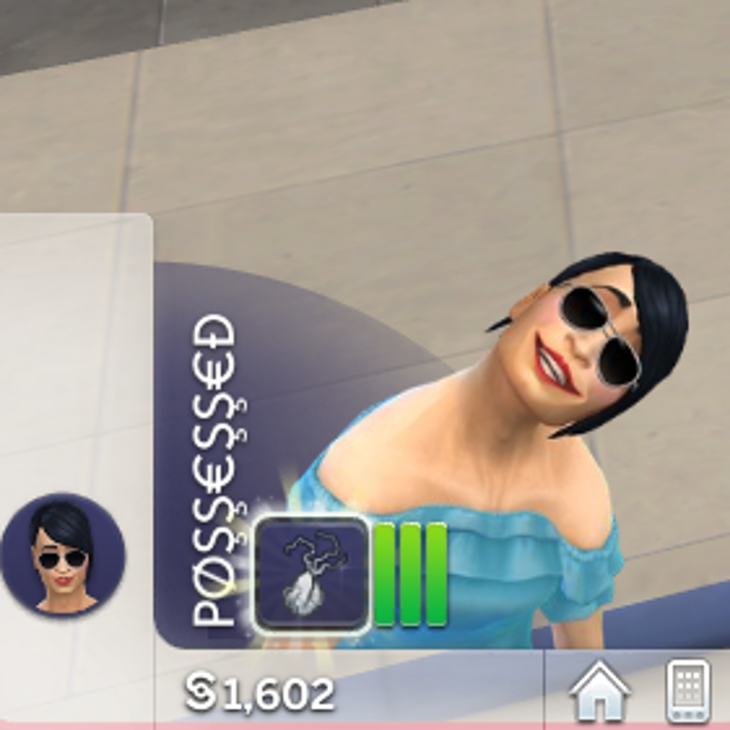 This was my first Prank Day. I quickly became convinced that Prank Day is the worst. As Katrina and Cordelia wandered around the swap meet, they kept pausing to honk air horns at each other. It was just as tiresome as it sounds. 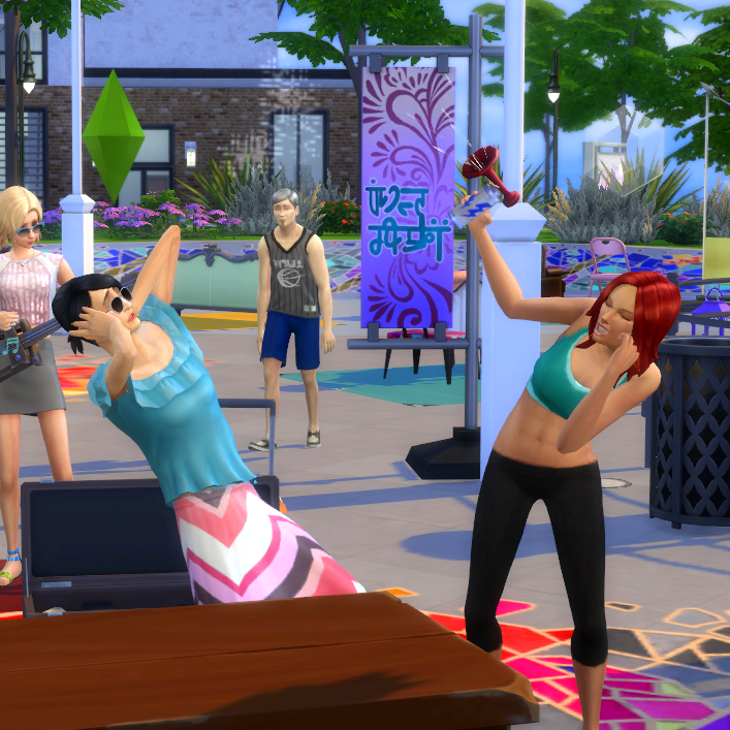 After Cordelia returned home, I sent her out to check out one of the Bizarre Plants outside. It had grown from a football-sized pod to… whatever this is. 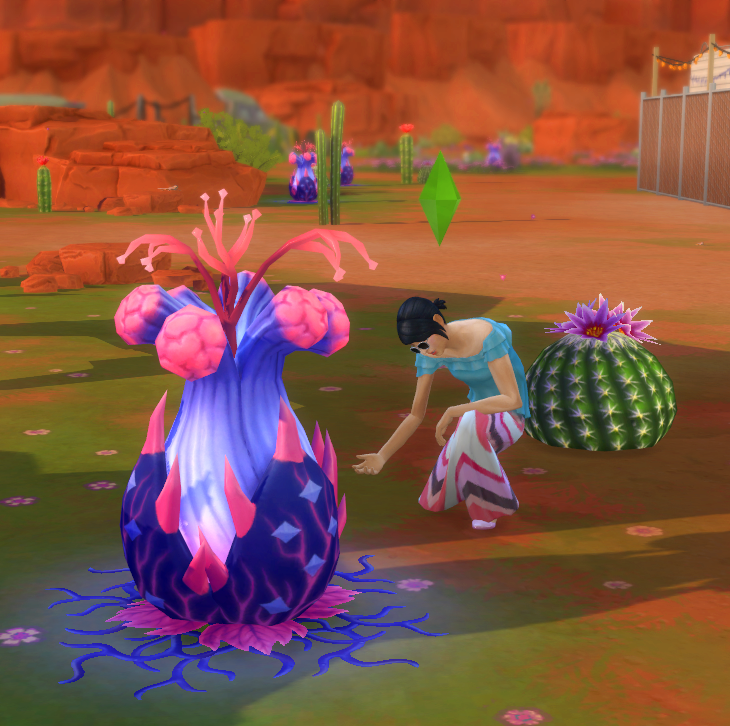 Out of curiosity, I had Cordelia nurture the Bizarre Plant. After she did, it evolved into… whatever this is. 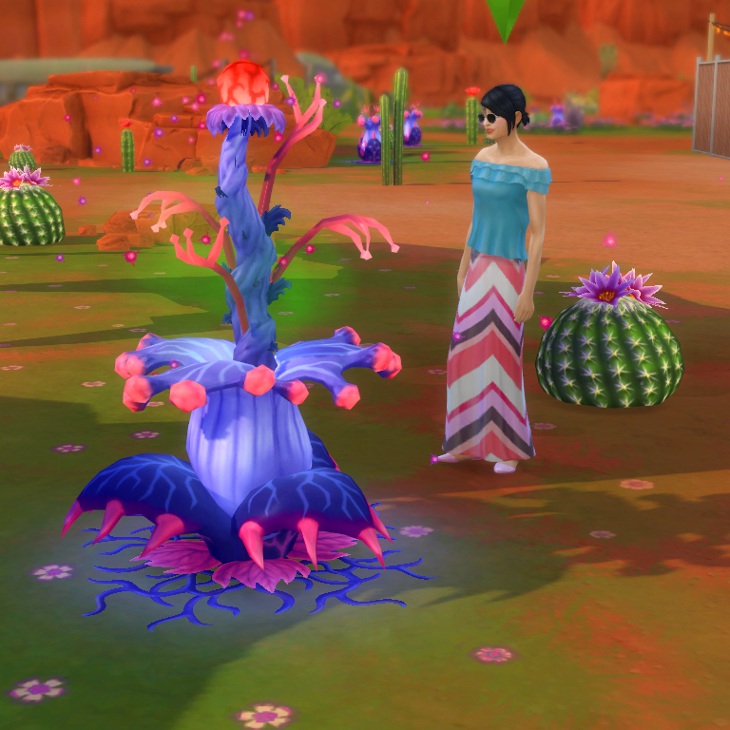 Not long after, Cordelia suddenly became possessed again. Possession causes Sims to flail their limbs around and go walking around town at random. 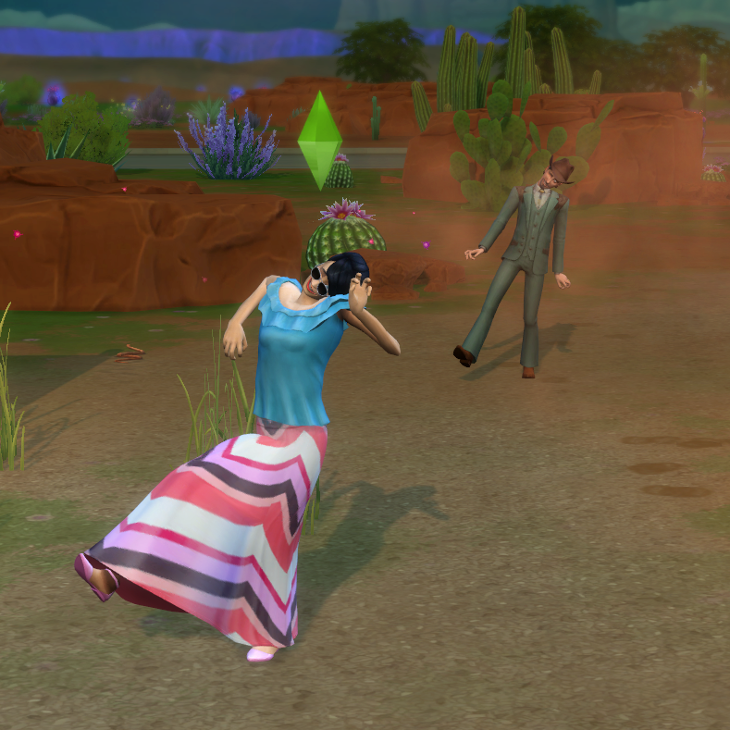 They also stop and stare at random objects for a very long time. Here, Cordelia is engrossed by the picnic table on her front lawn. 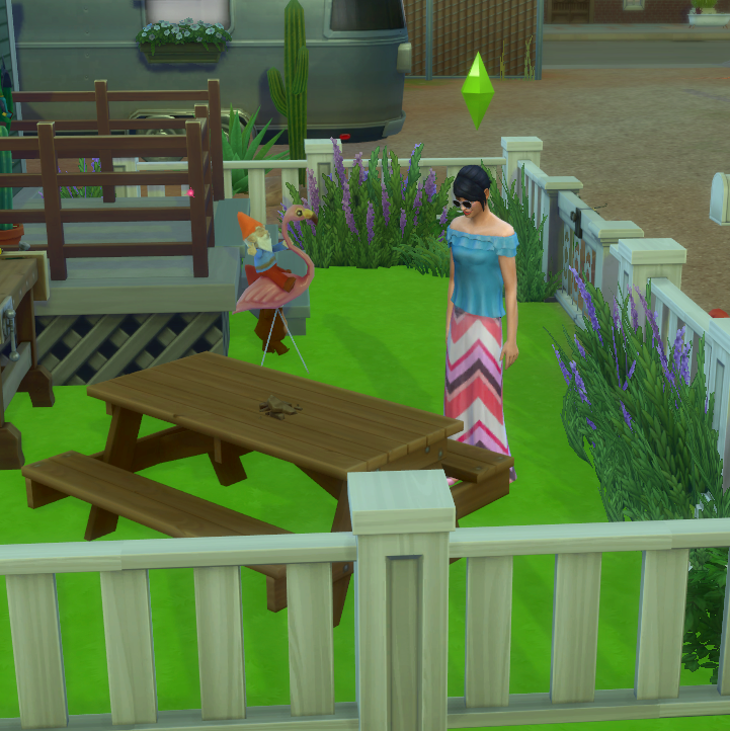