I wasn’t paying attention (surprise) and Parker ended up turning into an old man all on his own. At the top of the stairs, in the dark. How… anti-festive. 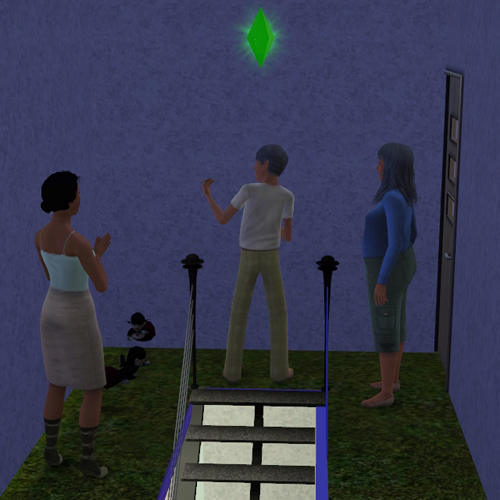 Hera won’t live forever. She’s the family gardener, and her Money Trees bring in about §6,000 per day!

Obviously I had to appoint a new gardener. I chose Aubergine, because she’s the Spline who’s doing the worst at music. 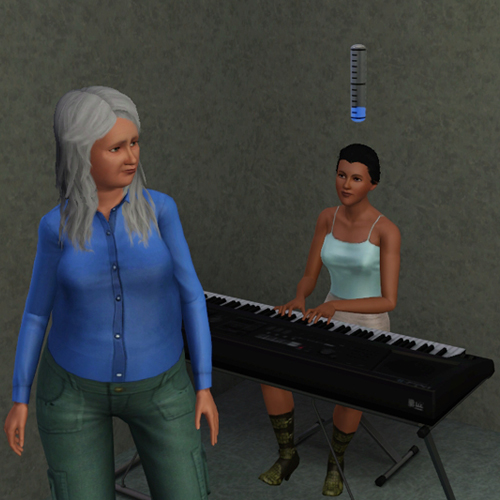 Not a moment too soon, because that very afternoon, Hera died as she tended her beloved Money Trees. 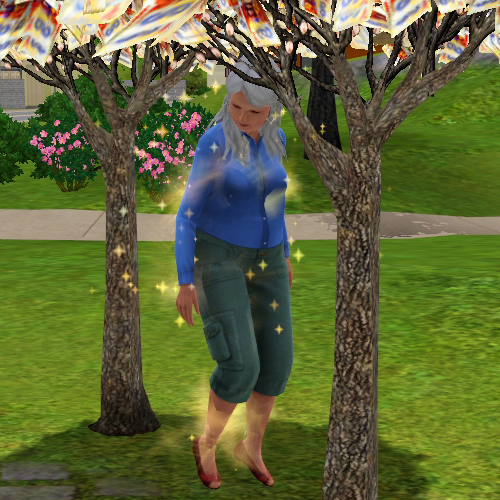 But… she had a Death Flower in her inventory, so the Grim Reaper let her live. 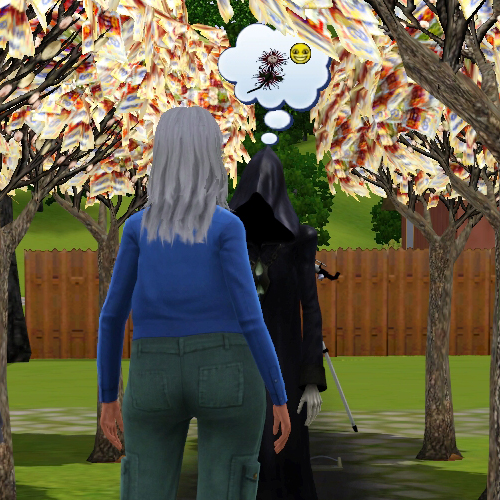 When you get brought back from death, it knocks time off your age. Which is why technically, Hera (73) is now younger than her son Parker (75).