I had a lot of time to stare into space and think this afternoon. As I stood in line at the vehicle licensing center trying not to smell the commercial fisherman standing in line behind me, I realized three things:

1. I had gotten dreadfully bored with playing the Splines.

2. The last time this happened, I had fun by taking away all their money and starting from scratch.

3. I’ve never accumulated more than about §300,000 in any given family. And so I invented a challenge for myself. 1) Move Hera out on her own with NO MONEY. 2) Get to a million Simoleons. 3) No cheats! (Nothing wrong with cheats – just not for this challenge.)

It’s the One Million No Cheats challenge, or §1MNC!

First, Hera’s birthday. The game dressed her in… wow. 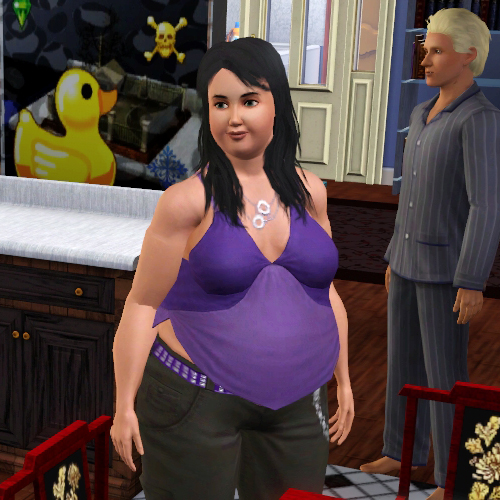 Just… wow. I was going to change the outfit, but… why?!

The only thing I let her keep from the move was her birthday cake. I mean, hey, it’s HER cake! 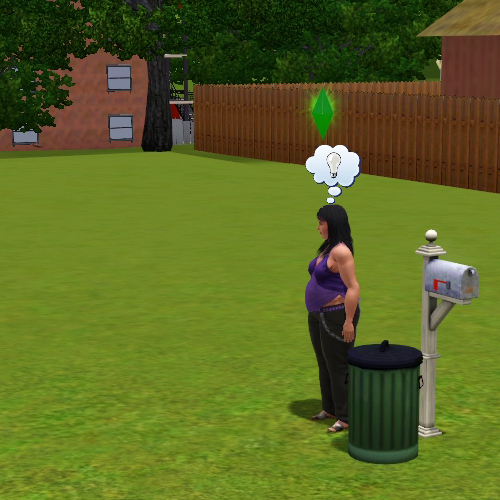 After buying an empty lot across town, she was left with only §667. I furnished her lot with a deck chair (the cheapest sleeping option), a toilet, and a segment of wall to attach it to. 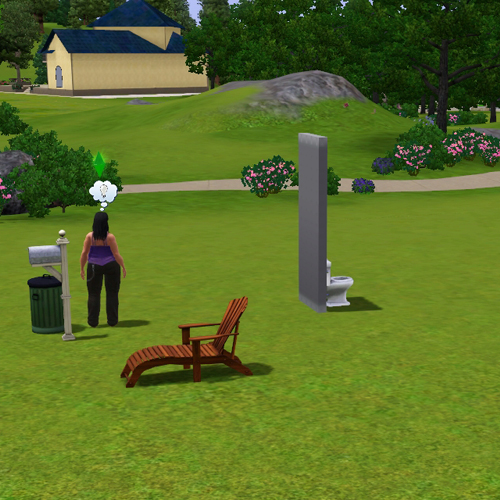 Funds remaining: §147. Time to make some money! I started by sending her to the park next door to catch some butterflies. You can sell those! 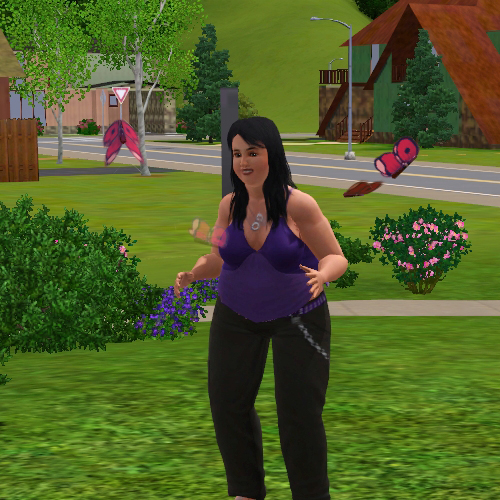 She wasn’t fast enough to catch any, though. Luckily she ran across a yellow sapphire lying on the ground. Value: §42! 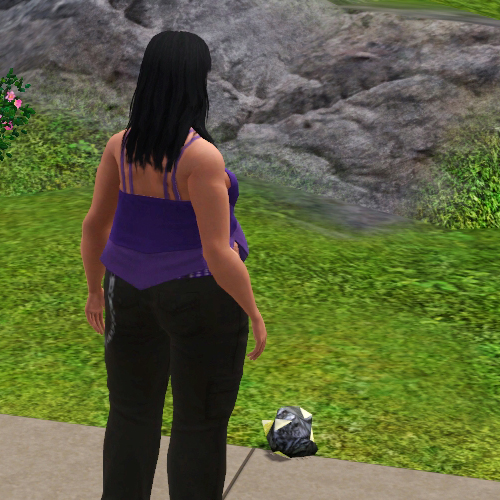 The park also had ripe apples, just waiting for someone to come along and pick them. 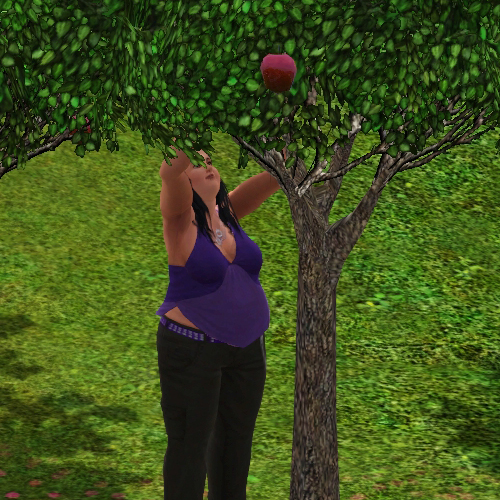 After collecting some seeds, I made a little garden plot (terrain paints are free) and had her plant them. 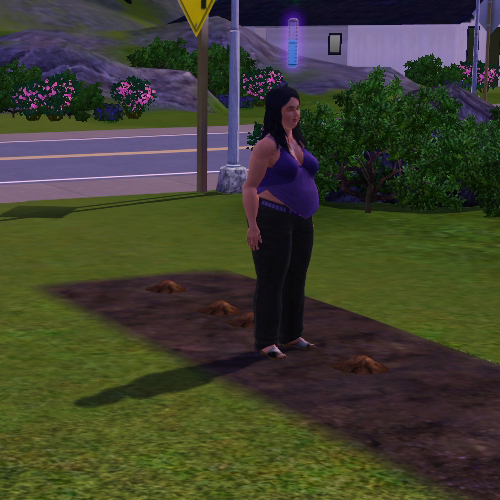 They will help defray the grocery bills! And she needs gardening skill for the career I picked out for her. 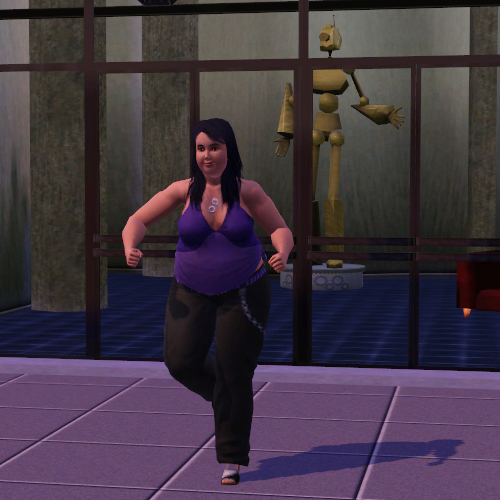 Scientist! Back at home after signing up for work, she was hungry. I told her to eat a slice of leftover birthday cake. She sat down on the only seat in the house. 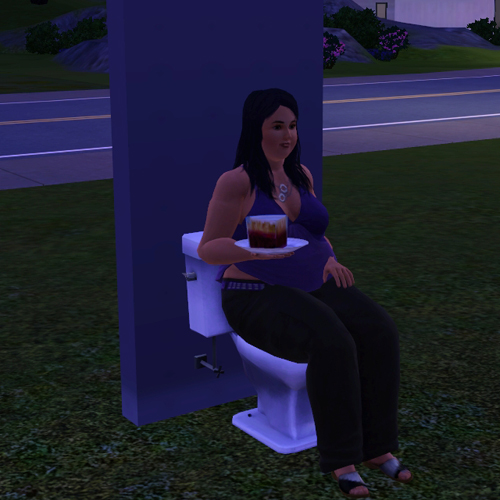 After that, Hera was pooped! If you’ll forgive the pun. 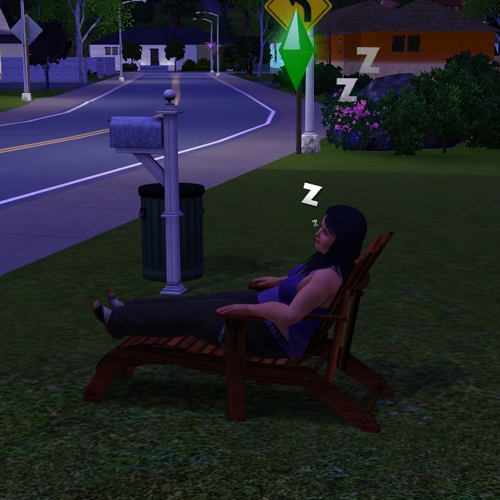 It’s been a big day for our little Hera!