Once they were married, Rusty and Carissa both got wishes to have a baby. SimBots can’t conceive (more’s the pity) so they had to adopt. 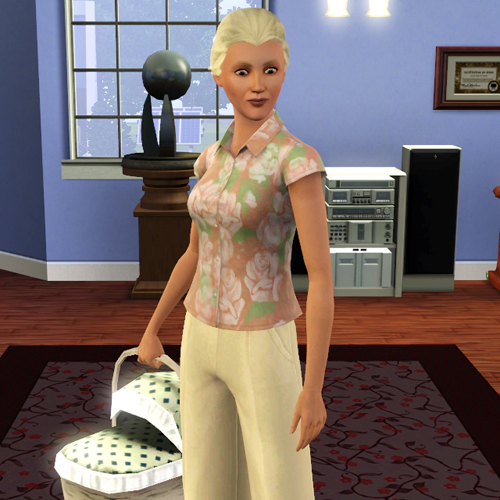 I don’t know why the adoption agent always looks so horrified. She’s not really looking AT anything. 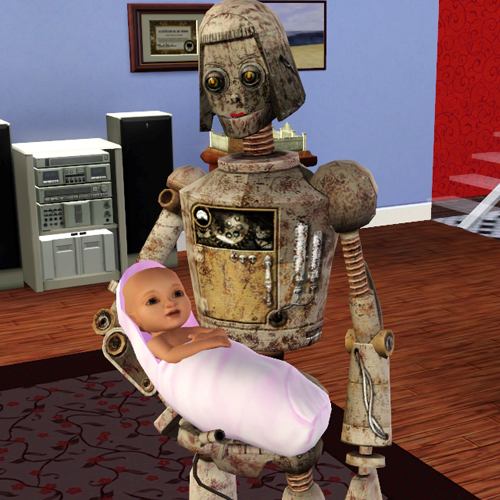 Carissa cradles their new daughter, who I named Hera. It seemed appropriate, in a euphemistic sort of way. Later that night, surprise! Carissa had a wish to “have a baby.” I was happy to oblige. 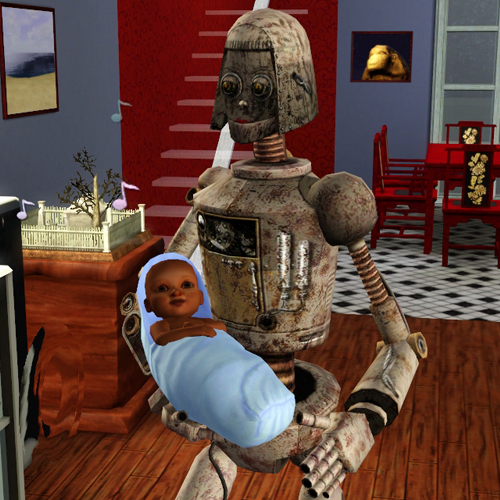 The next morning they welcomed a baby boy I named Lore. 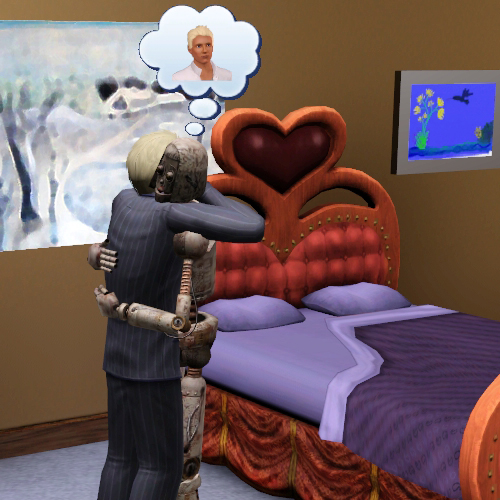 When not changing diapers and feeding crying babies, Rusty and Carissa make with the kissyface. I have to applaud them for keeping the romance alive! The next morning Rusty wanted… another baby! This time for a whopping 3,000 happiness points. He REALLY wanted a baby! 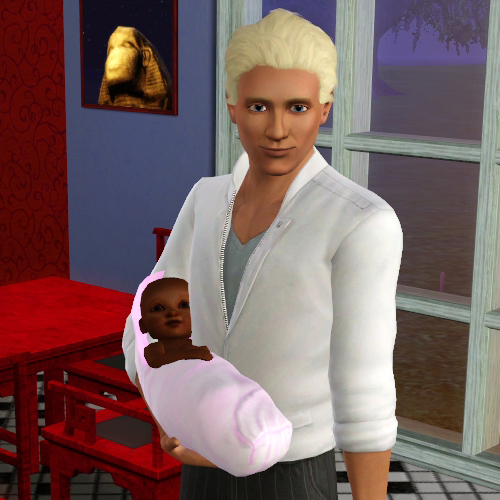 I named this one Bunny because it was late, and I was tired, and I couldn’t think of any more robot children to name her after.