I set Adam up with a job in the Painting career, then sent him out to find Local Singles In His Area. I invited everyone over to Adam’s place in a series of what essentially amounted to the world’s worst pool parties. (At one point Adam had a wish to “Have a pool at least 1×1” so that is exactly what I built him.)

After greeting just about everyone in town, Adam initially hit it off with a girl named Zoe Patel. She was cute, and they got along pretty well.

One night while Adam was sound asleep in his bed on the lawn, a big beefcake dude named Omar Butcher just… showed up! And started swimming in Adam’s pool!

I woke Adam up and sent him over to greet Omar, and they had immediate chemistry. 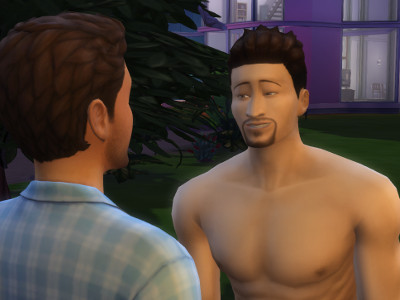 Eventually Omar had to go to his job. On his way out, he mentioned that Adam could find him at the gym where he works. The gym! Did I mention that Adam is a Fitness buff? This must be fate! 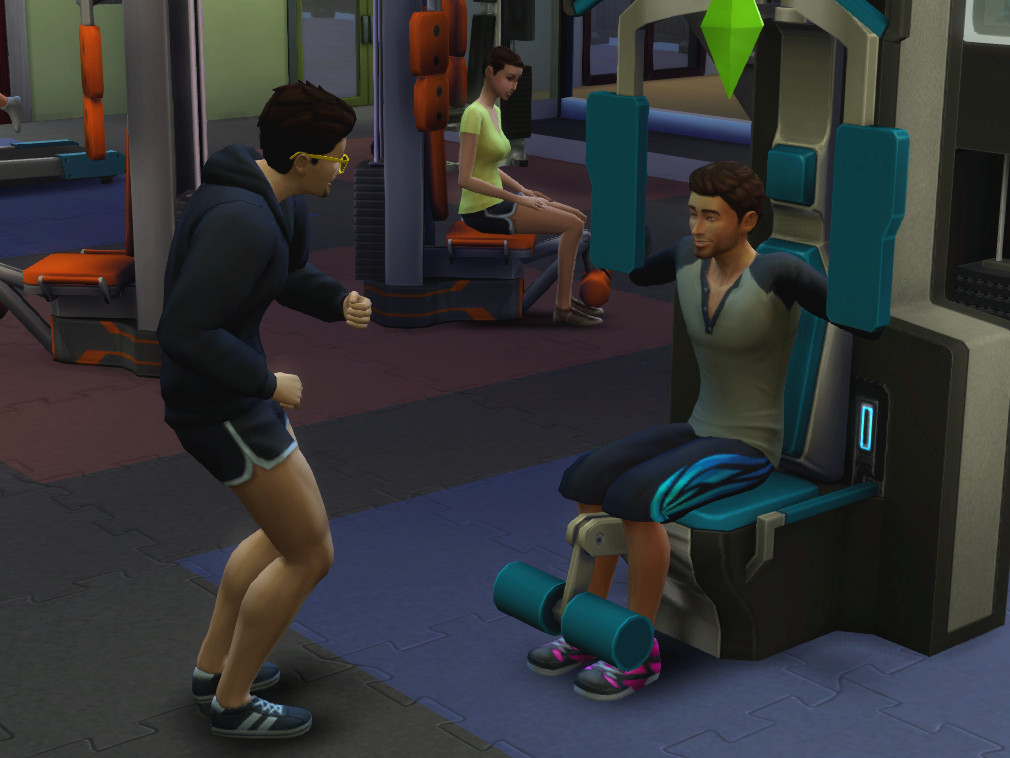 Long story short, I think we’re going to be adopting an heir for this generation.