After solving the Strangerville mystery, I spent a non-trivial amount of time deciding what Cordelia would want to do next. Eventually I decided she would want to move to the big, bright, bustling city, and have the life experiences she missed while working to save Strangerville. Including actual weather (Strangerville is a desert town, it’s hot all year round), celebrating holidays, visiting all the festivals, finding True Love, and having a child.

I moved Cordelia into the cheapest two-bedroom apartment in San Myshuno. Having been raised a city girl myself, I was excited for Cordelia to experience all of the joys of city living, including… 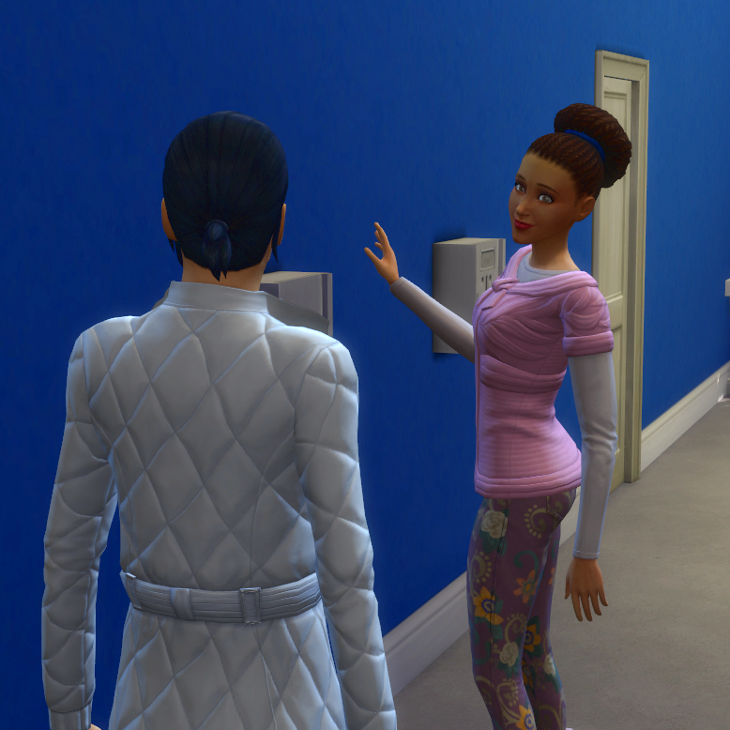 Awkwardly greeting your neighbors at the mailbox! 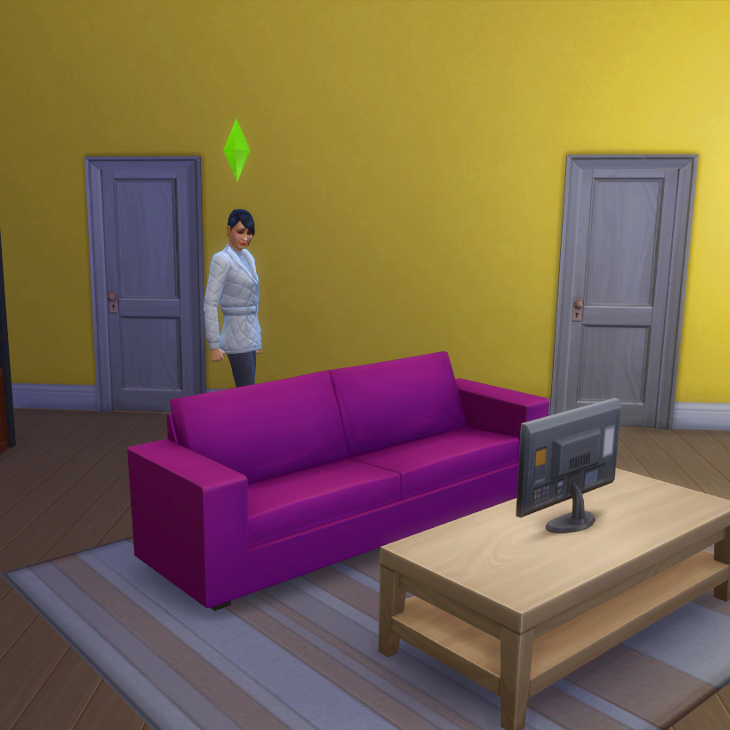 That “what have I done” feeling when you stop and REALLY look around your cheap, poorly-lit new apartment! 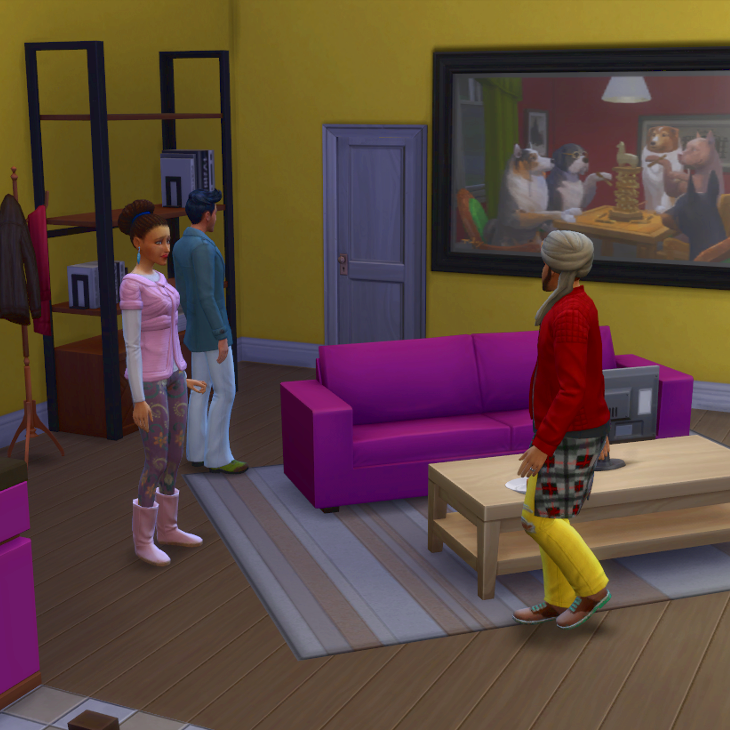 Inviting the neighbors over to make stilted small talk in your janky new living room! 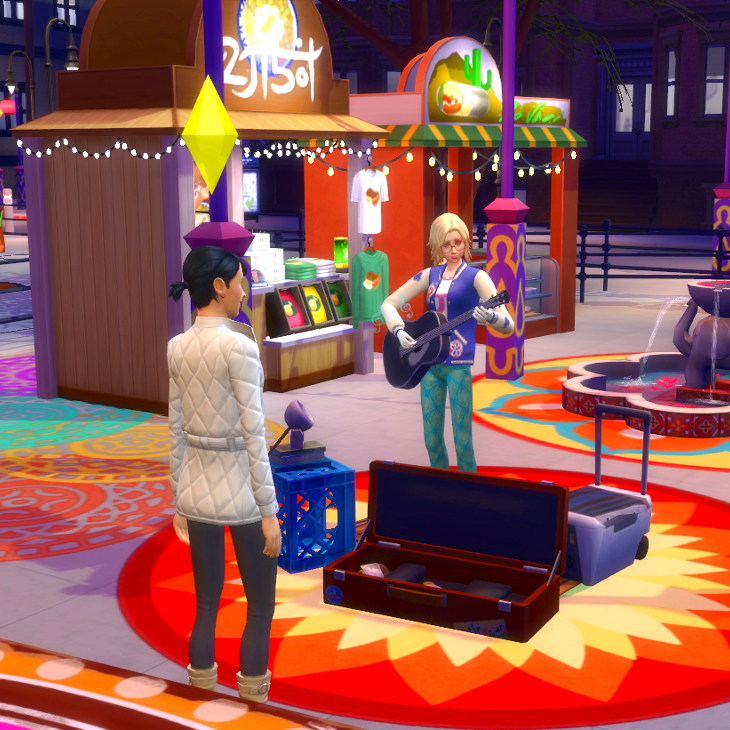 Wondering how long you have to pretend to watch the busker before it’s rude to walk away!

And many many more!

I had planned to have Cordelia meet-and-greet a lot of locals and start looking for a new partner in the city. She had some romantic sparks fly with two people in Strangerville, but they both turned into Elders by the time we solved the Strangerville mystery.

However, before Cordelia’s first day in the city was over, Kristian Ham called and invited her out on a date. How could she resist? 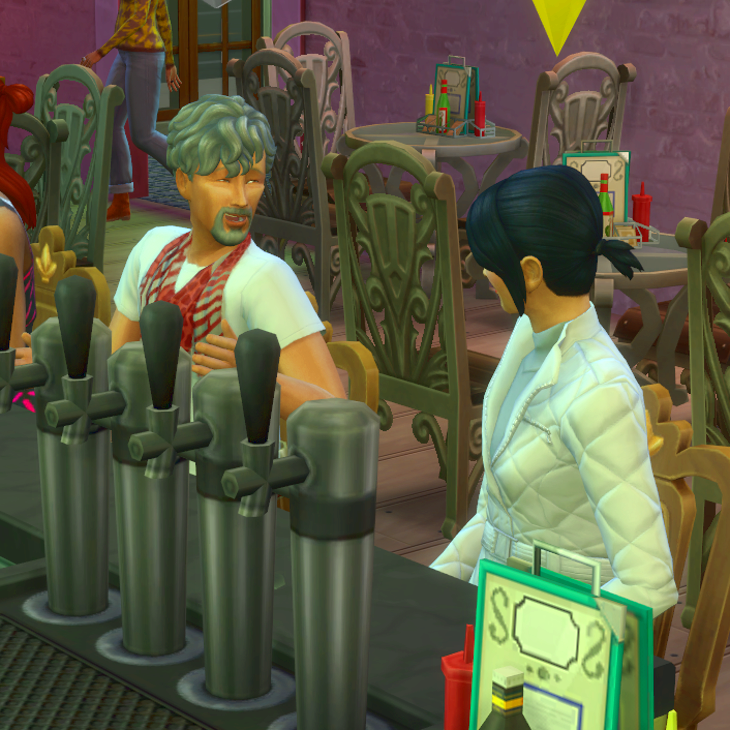 I decided to nudge their relationship along, so I had Cordelia give Kristian a rose. 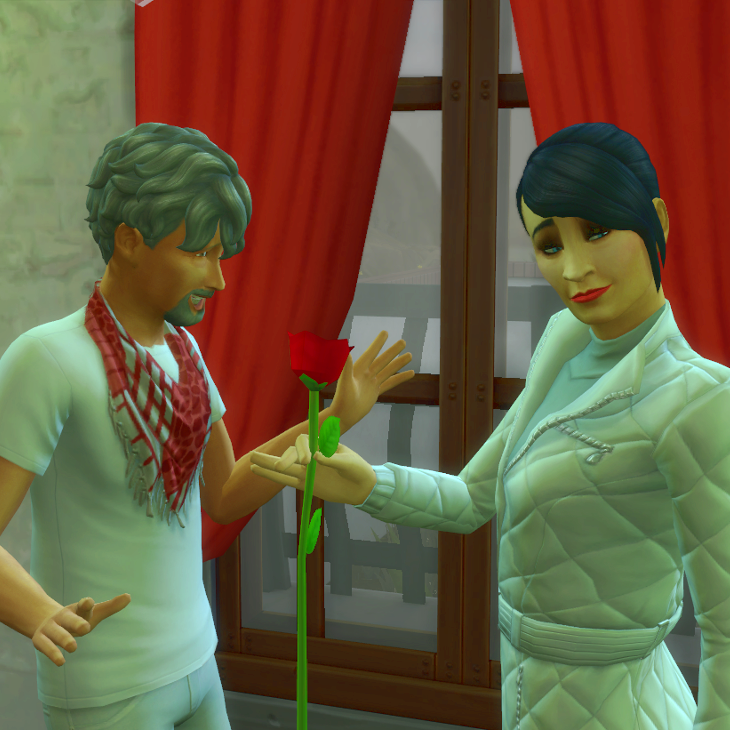 LOOK at her expression! SWAG.

First thing the next morning, I had Cordelia call up and order a child from the adoption agency. She was going to have to adopt anyway, since she’s a trans woman. I picked a toddler, because I hate raising babies, and time is getting a little short for Cordelia. 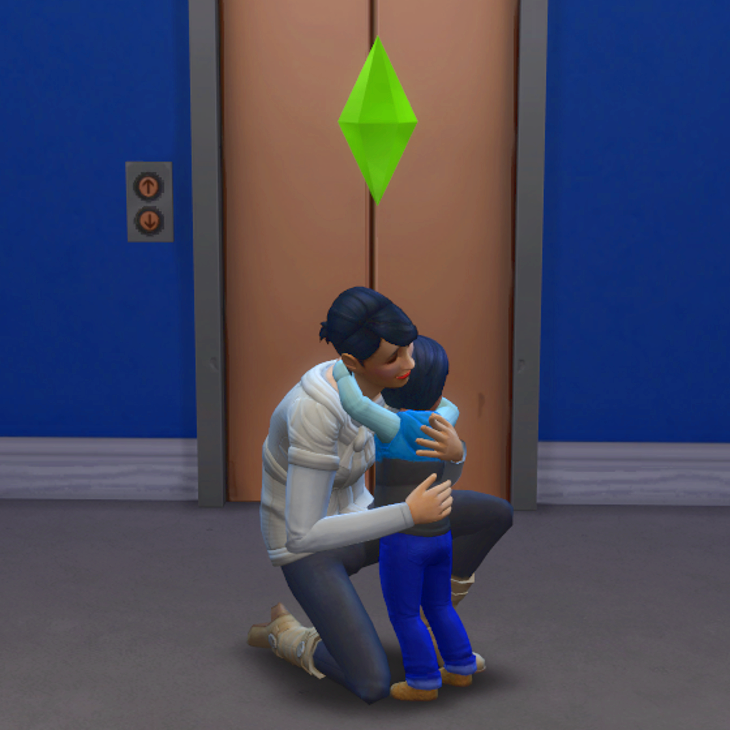 Meet Darren Spline. He showed up just in time for the New Year’s Eve celebration. Here, Cordelia is showing Darren some dance moves. (I’m not sure how she ended up with a cardboard box dance floor in her inventory, but who can question these things.) 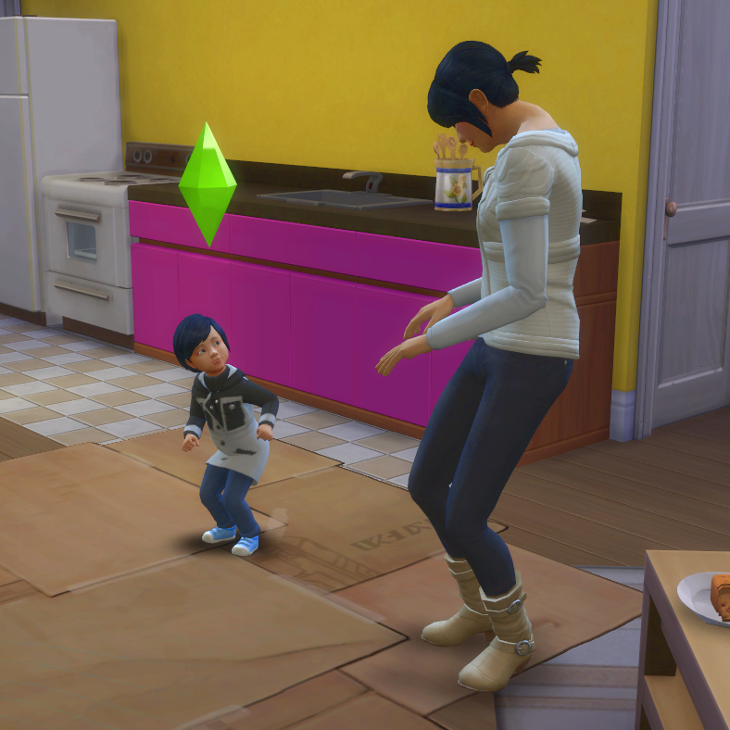 The next day it snowed. My first snowfall in the game! I was very excited. 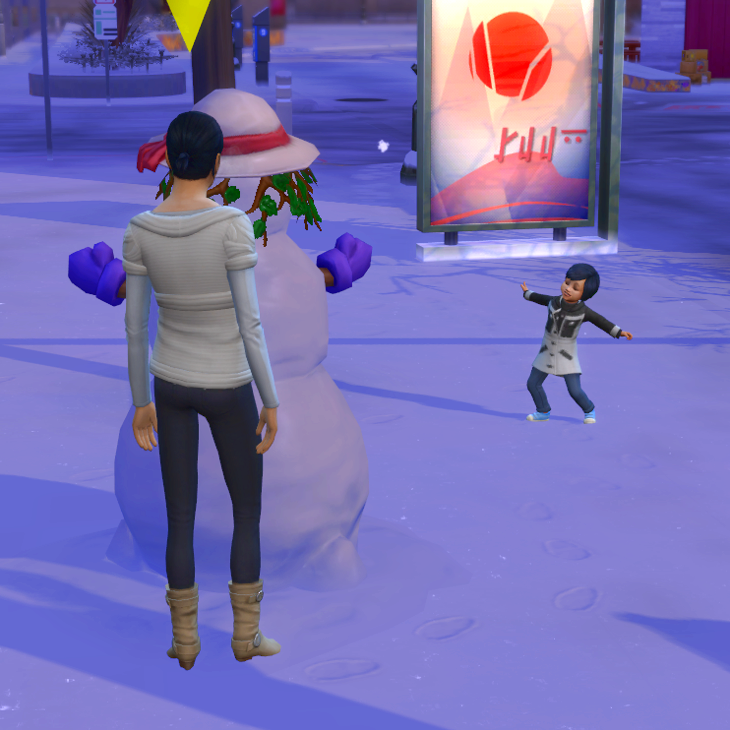 I was delighted to discover that your Sims can indeed make snow people in the city. They just have to build their snow person on the sidewalk. I’ve done that!