Mort and I finally figured out how to hunt spirits. Spirits aren’t the same as ghosts, for one thing. Spirits float around looking like actual ghosts, instead of ghosts, which look like transparent people. (If that makes any damn sense.) 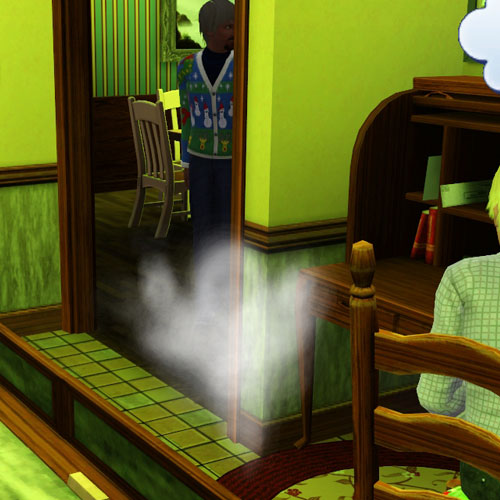 It turns out that the spirit-trapping device isn’t a thing in your inventory. You just click on the spirit and select “Banish,” and then your Sim sucks it up with his magically-appearing gun.

We’re getting pretty good at it! Mort is up to Level 4 of the Paranormal profession. He won some kind of award thingie. 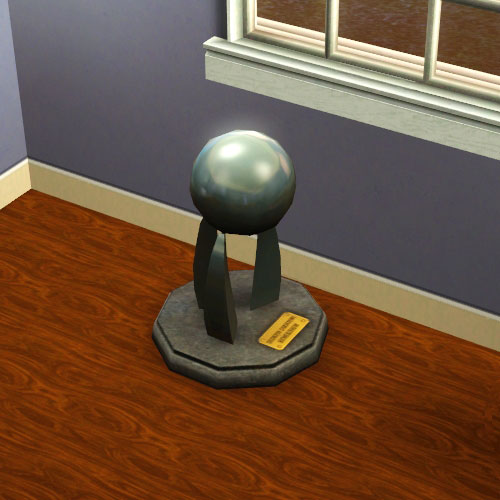 I had assumed that if you could banish spirits, you’d be able to use that against ghosts. Since that isn’t the case, I decided that it was time to formally evict the graveyard. The last straw was when a ghost, cooking lunch, set fire to the kitchen. 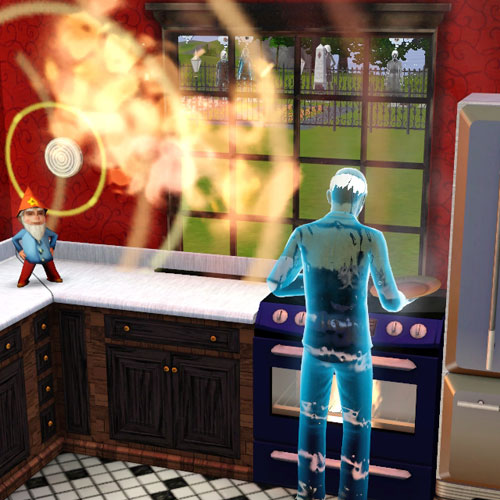 And then every other ghost on the lot ran from the graveyard to crowd the kitchen and panic. The firefighters nearly weren’t able to put out the blaze, thanks to all the stupid ghosts! 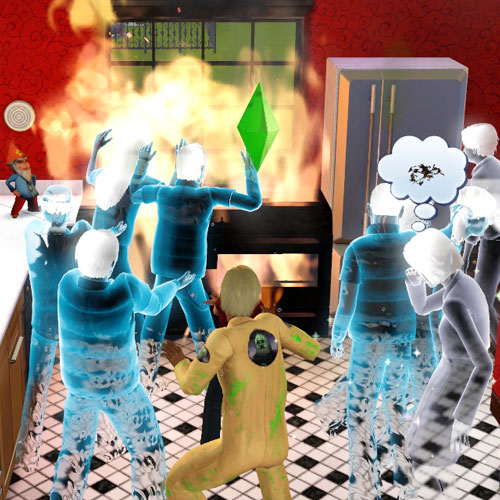 All of the graves have been stored in the town’s mausoleum. I relish the silence at the home lot. 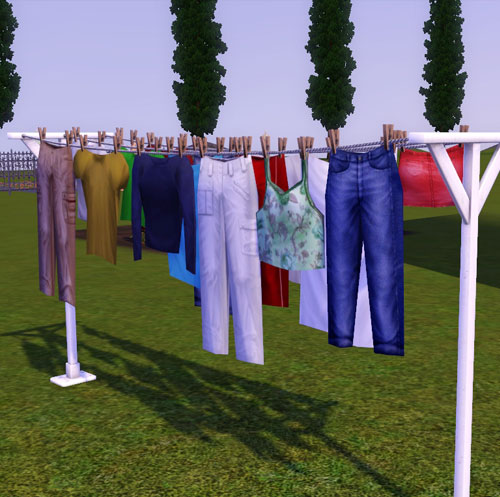