Patrick was doing some outstanding work with the easel. Is that a Spore creature I spy? 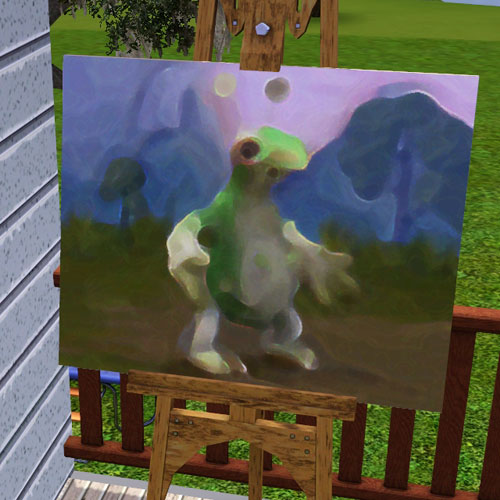 (I was soooo excited about Spore for years leading up to its release. Then it showed up and I was all “this is lame” and that’s when I started playing Sims 2 again. And that’s… the rest, of the story!)

But Patrick grew up, and I kicked him out. 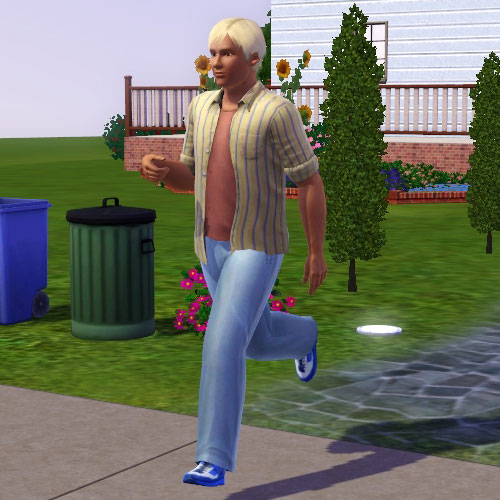 One benefit to the Paranormal profession is that you’re always being asked over to people’s houses to solve their ghost problems. You meet a lot of townsfolk that way!

I noticed that Mort seemed to have some intriguing chemistry with a fellow named Henry Kurtz. When the weekend rolled around, I had Mort invite Henry over to hang out for a while. No pressure. 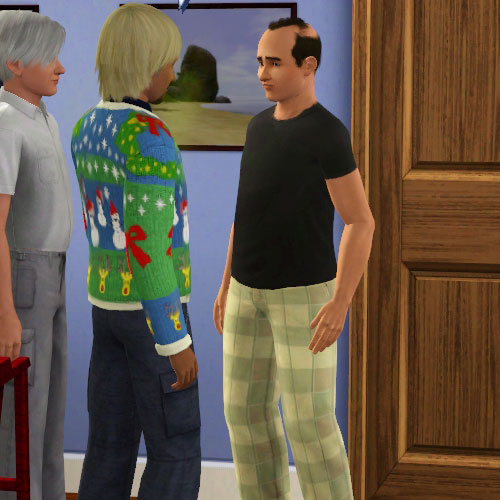 I do believe that Henry is smitten!

Whereas Mort’s wishes were formerly all about his career, they are now all Henry-related. 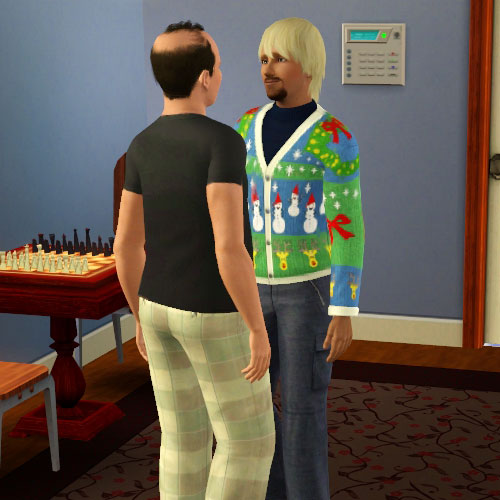 I know what you’re thinking. But look, real life isn’t all like Lady Gaga’s “Teeth” video, you know!

I found Henry to be completely endearing, despite – or perhaps because – of his ugly pants and his terrible case of Sim-pattern baldness.

Mort clearly felt the same. First he swooped in with the back-rub. 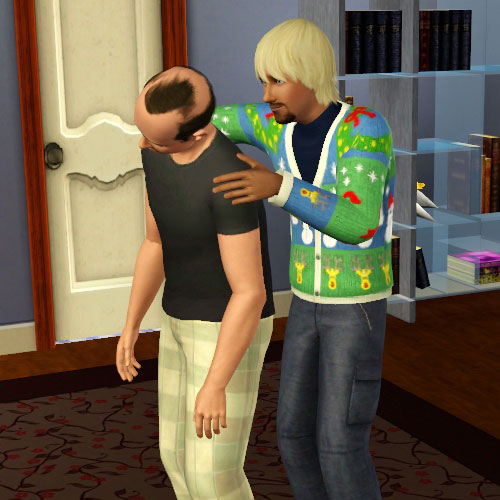 Then he went for the kiss! And it was not rejected! 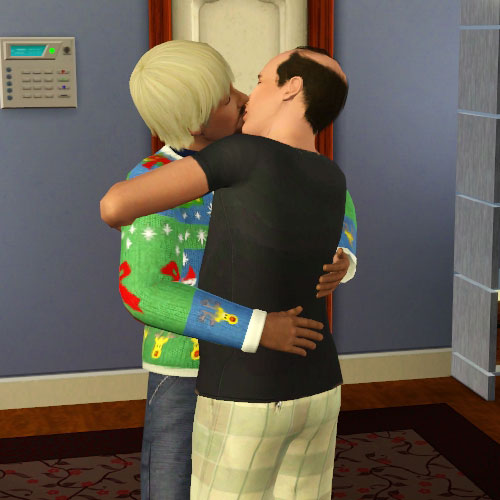 The opposite of that, actually. Next thing you know, there’s Woo Hoo and little cartoon heart petals showering down on the bed. 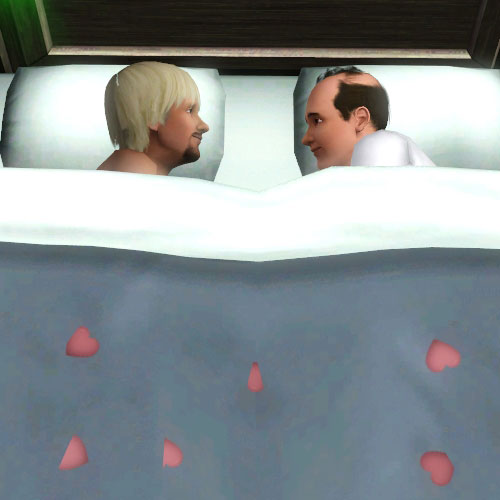