Went on a bit of a Sims binge this week. It’s my comfort food in turbulent times.

Adam and Omar saved up enough money to adopt a baby, though it took a while. Meet Beckett, the new little man of the house! 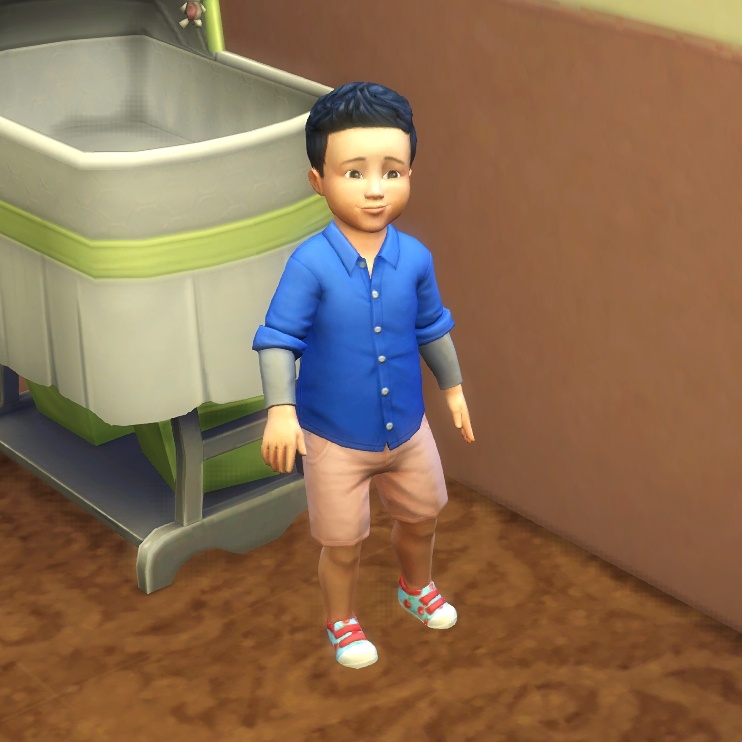 According to the terms of the Legacy Challenge, you earn a point each time you document an heir or their spouse. So now we have this amazing painting of Omar in his briefs, which the family must keep and display forever. 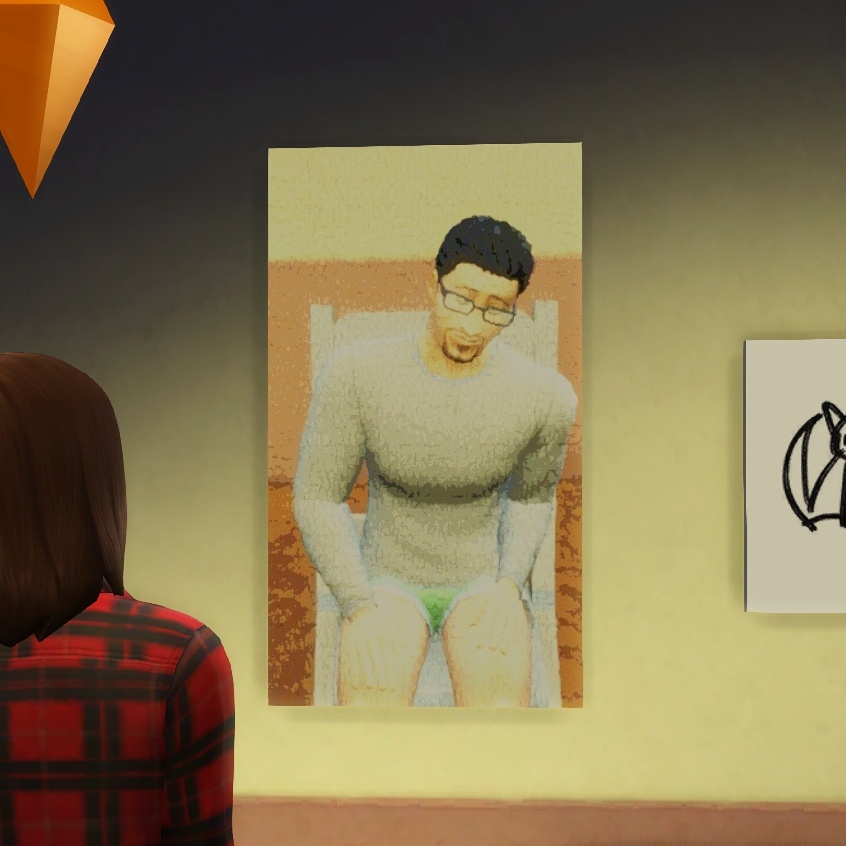 I`ve been having THE WORST time trying to age little man Beckett into a child. We held a rockin party at the local nightclub, which I felt was a great place for a toddler’s birthday party. But I forgot to bring a cake, so it was a failure.

The next day I made Omar bake a cake for Beckett, but the INSTANT it was out of the oven, he fucking ATE THE CAKE. 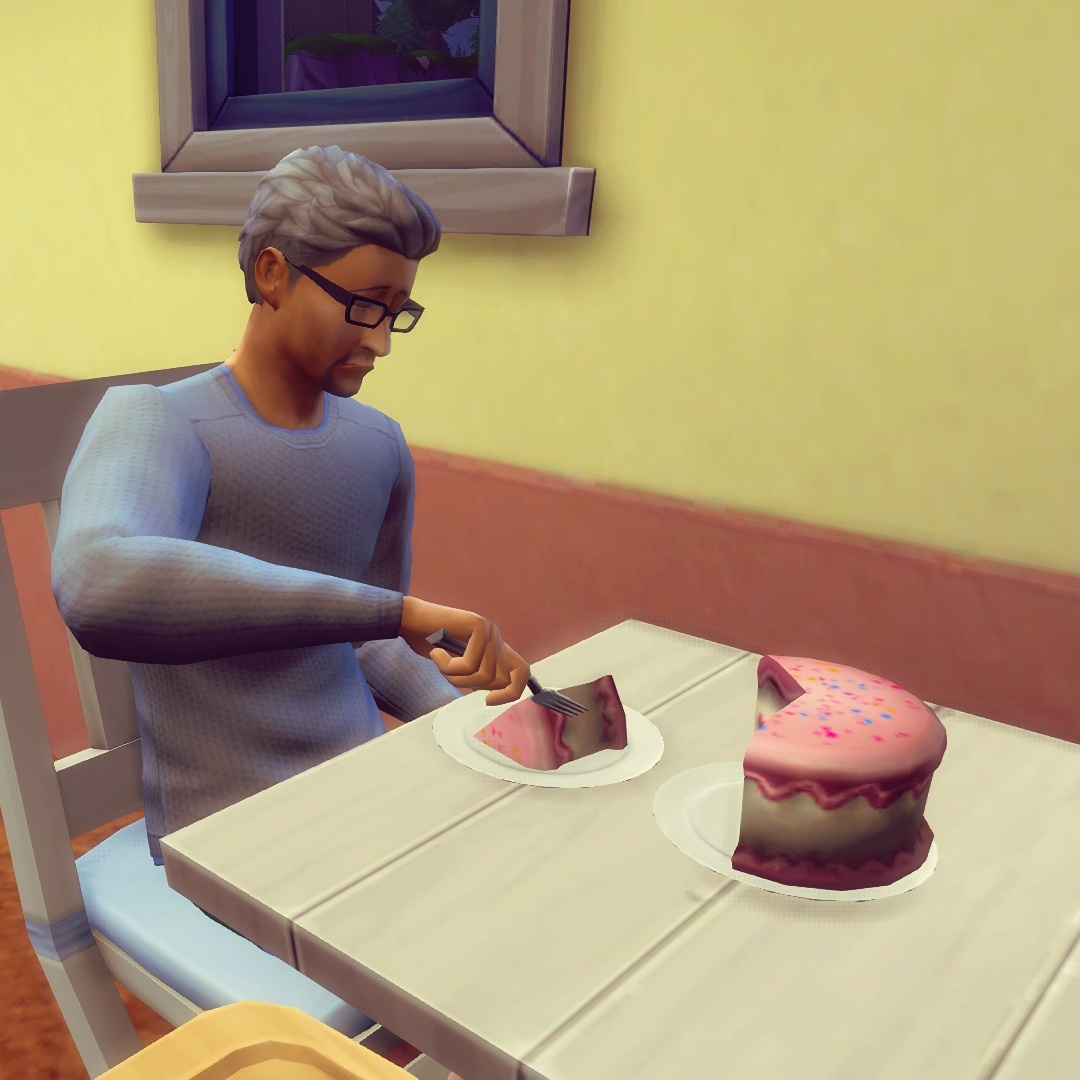 I gIVE up, friends. Beckett will have to grow up on his own at random, just like nature intended.

Beckett eventually aged up into quite the dapper little fellow. I was still mad at Omar for eating Beckett’s birthday cake, so I bought Beckett a child’s violin.

This sounds every bit as terrible as you’d expect, by the way.

As soon as I learned that the Vintage Glamour Stuff Pack includes a butler NPC, I had to buy it and order a butler for their shitty little apartment.

His posture says “I’m here to serve” but his eyes say “I’ve made a huge mistake.” I ordered a butler, who they can in no way afford, for their shitty apartment. And I can’t use cheats! Any guesses how long this will last? 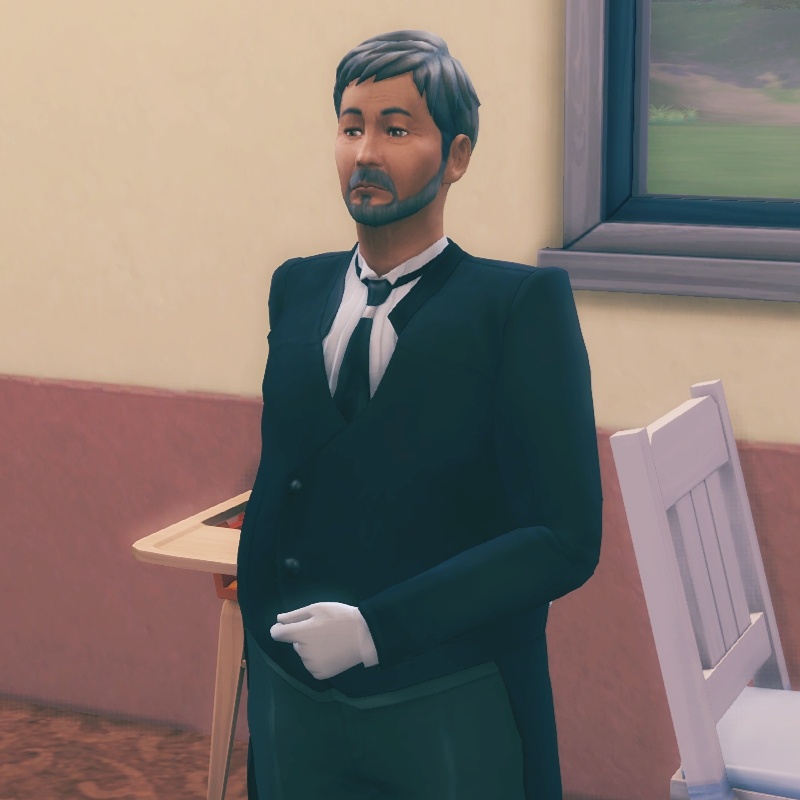 The butler turns out to be utterly useless. Example: Here he is reading a book to little Blythe, who is sound asleep. (We adopted a second baby, by the way. I named her Blythe.) 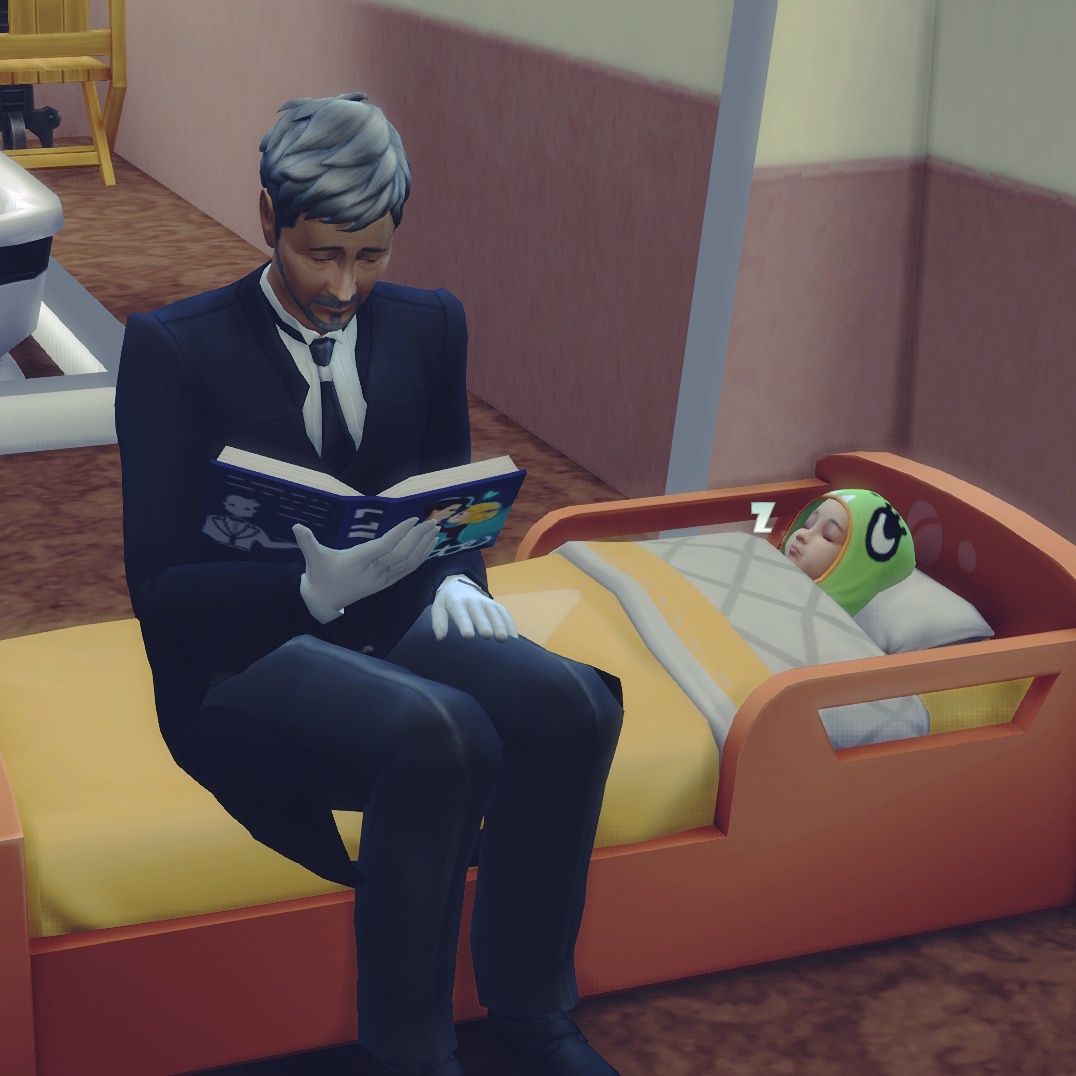 And here he is fixing chips and salsa even though Adam is nearly done making eggs and toast. 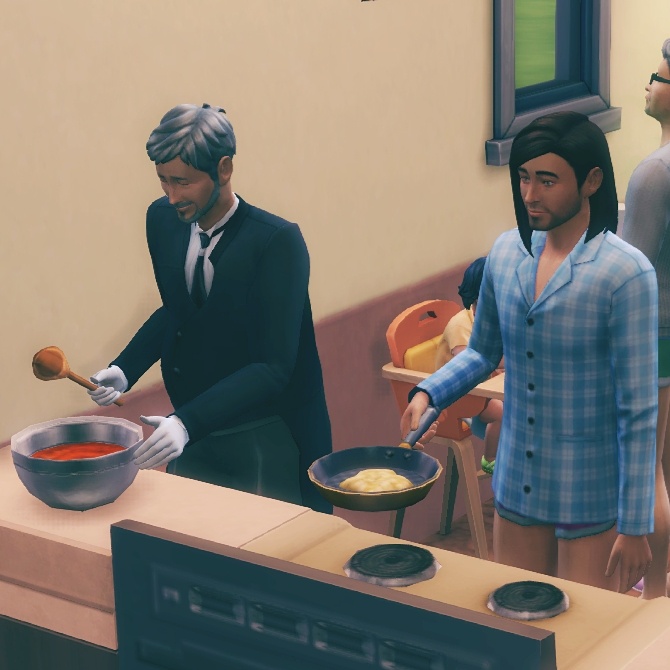 GREAT TIMING DUDE NO WONDER YOU ARE SO EXPENSIVE.