As a new feature, I decided to write up a eulogy after each Spline dies. (In contrast to my former habit, which was to randomly mention that “Oh, and so-and-so died” long after the fact.)

Angela Maurer came into Hera’s life after a difficult period. Hera had been having a lot of trouble with relationships. One romantic relationship after another had spontaneously combusted, thanks partly to Hera’s pushy romantic habits. 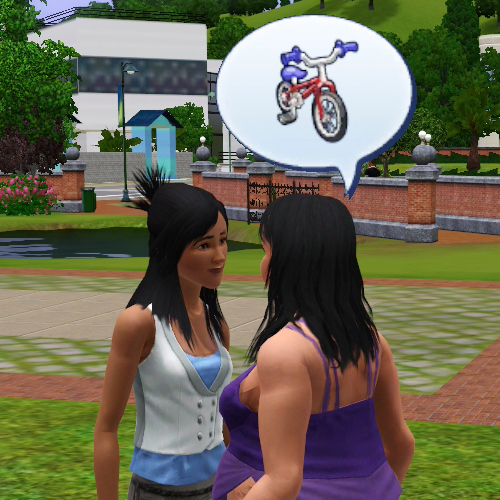 Then one day Hera met Angela in the park, and it was practically love at first sight.

Whether it’s just that they were a better match for each other, or that Hera wasn’t interested in the fellas, Hera and Angela’s whirlwind romance ended in a wedding just a few days later. 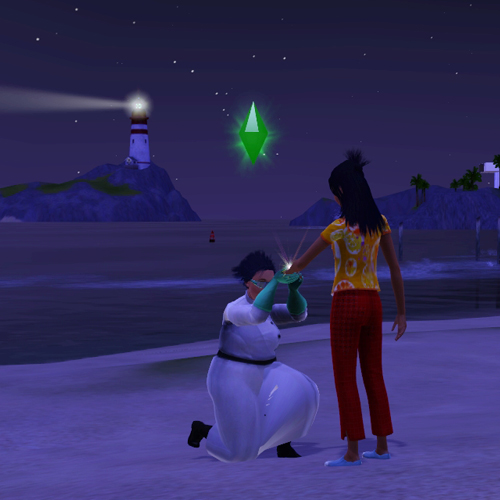 And Angela was so very pretty! Which is more than you can say for a lot of the townies the game creates.

Too bad she turned out to be such a bitch.

Angela started sniping the moment they were fully wed. Soon their relationship had gone red. They nearly came to blows several times. At one point, Angela had a wish to “Get Divorced,” so I obliged.

But Angela stayed in the house, because someone had to take care of the baby. (And I thought it would be funny.) 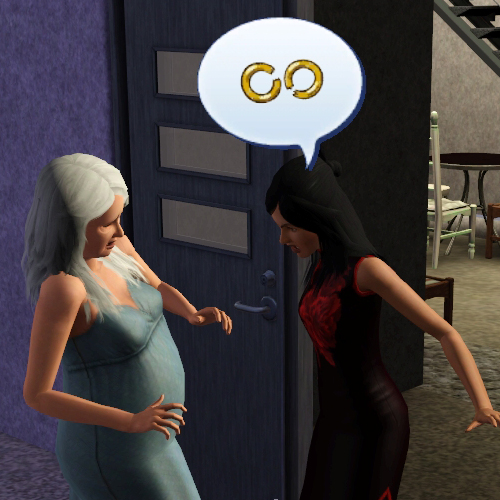 They never quite got back together, but in old age Angela and Hera became middling friends. They could sit on a couch and watch TV together for several hours before they started bickering. It was as good as things were going to get.

I set Angela on the Political career track after Parker was old enough to take care of himself. Being Evil, I had her steal money whenever the game asked if she should. Eventually she got caught and fired.

Near the end of her life I started her on the Cooking career track. It probably sucked to be that old and working as a junior kitchen associate, but I didn’t like Angela very much, so I didn’t really care. 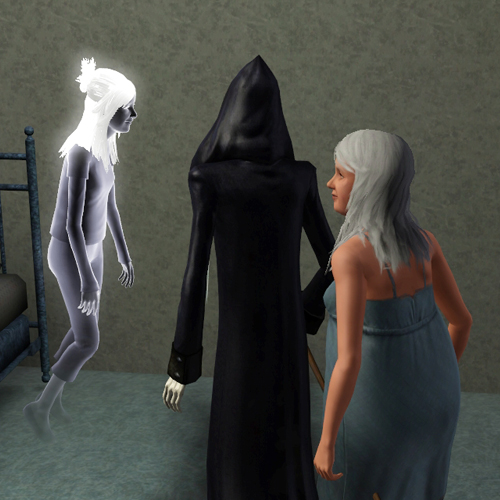 Death took Angela over the Christmas vacation. She will not really be missed very much.