Inspired by yet another viewing of Stephen King’s “Rose Red,” I remodeled the Spline ancestral home. It’s not an attempt to recreate Rose Red – more of a tribute to the crazy jumble of rooms, gables, and architectural features. Basically a license to keep adding stuff willy-nilly. This, obviously, is just the start. 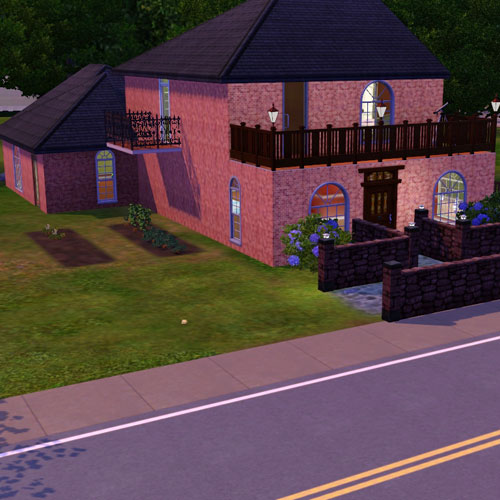 Although the Spline house does have ghosts, too. But they’re more aoying than horrifying. You can’t “shoo” a ghost, and they do stuff like hog the computer all night long. 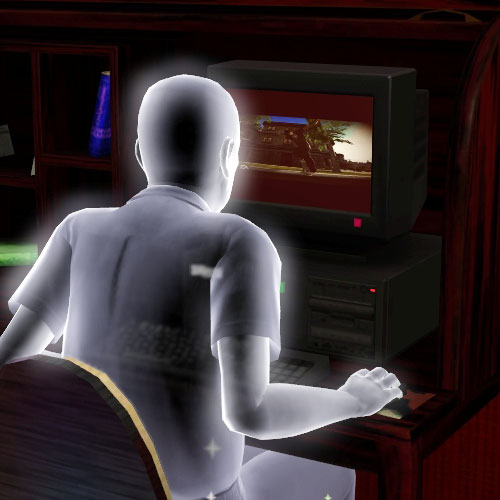 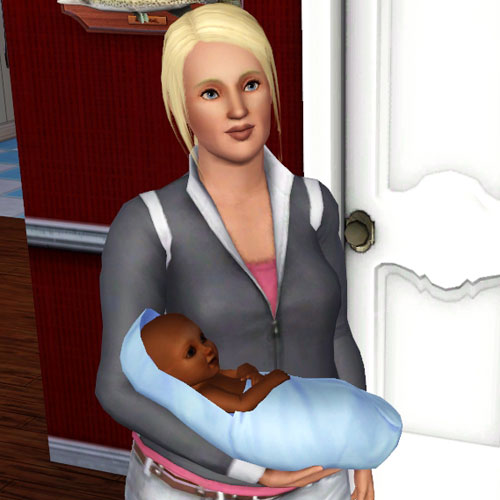 Kerri holding the second adoptee, Delphine. (And how much do you love Kerri’s work outfit? She’s climbed the Criminal career track to “Thug.”) 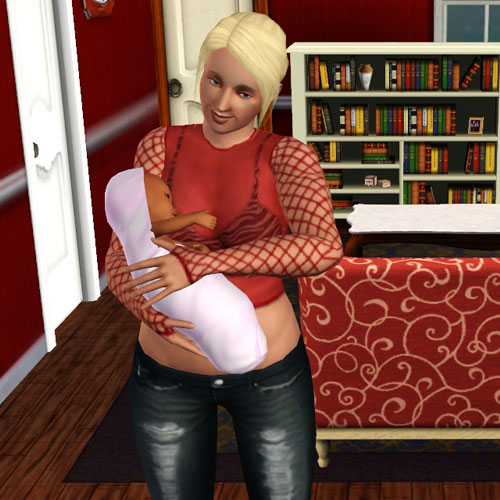 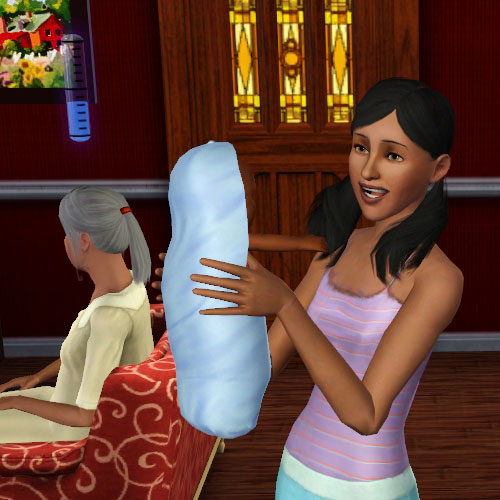 And Napoleon with the fourth adoptee, Alex. 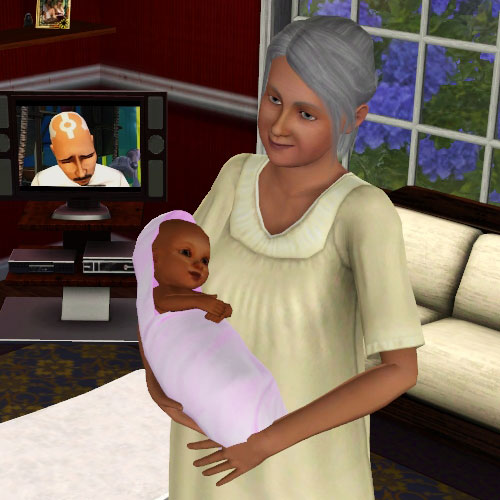 Did you know that in Sims 3, you can just keep adopting babies back to back? The adoption agent will show up about two hours after you call, no matter what time of night. And they never say “Hey, we just brought you three babies, are you sure you want a fourth?” 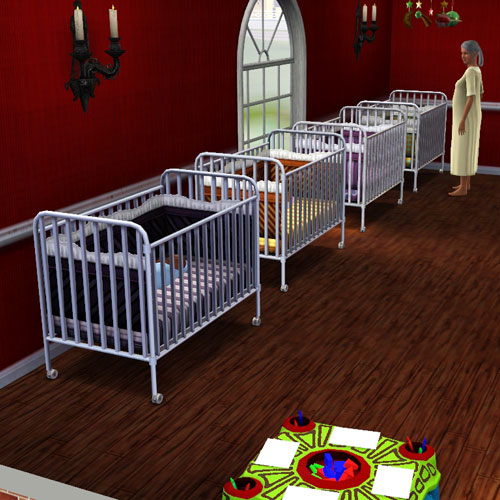 Unfortunately, there is still a maximum of eight playable Sims per lot. Adopting Alex maxed out the lot. 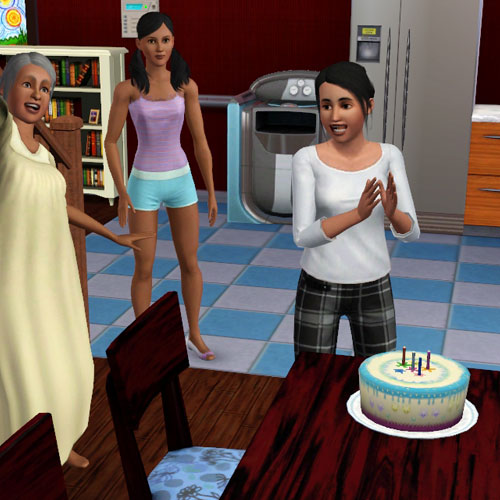 Happy birthday Amber okay it’s time for you to move out bye.

Hannah, with the fifth adoptee, Chuck. 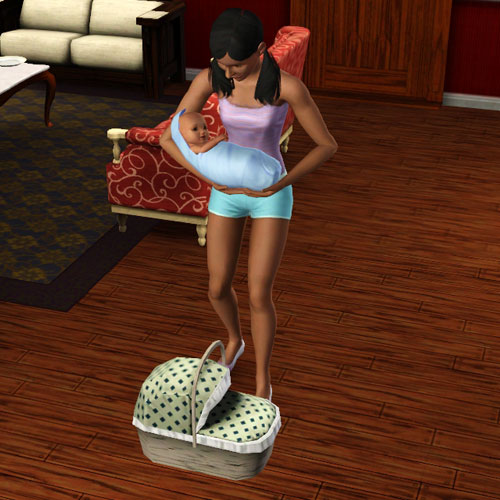 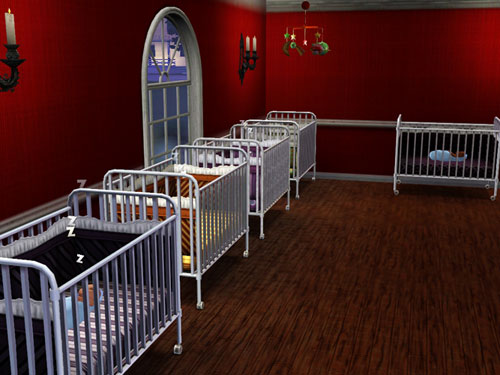 Want to give it a shot? I uploaded this batch of Splines to the Exchange. Click here to download them to your own game. (Note: the download has Geraint as a toddler. The other four are babies.)