Carissa started talking to the microwave. 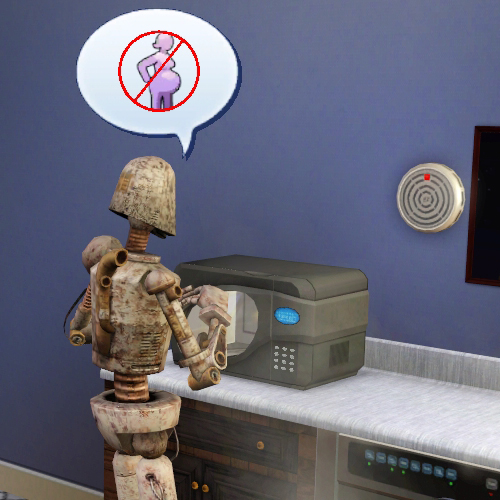 Then she fell madly in love. Cold, dead eyes and all. 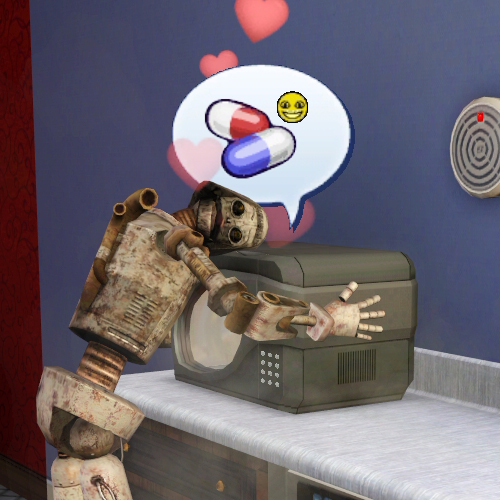 Henry did a bit of gardening. 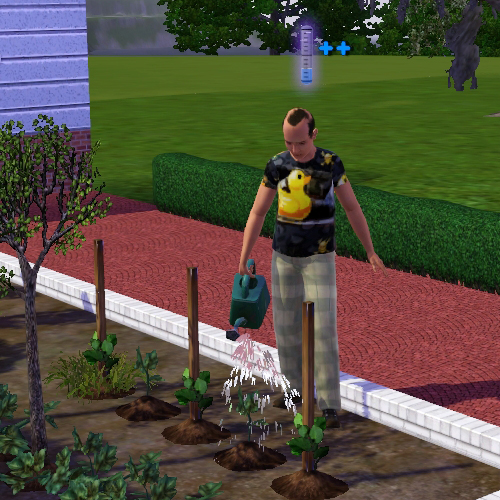 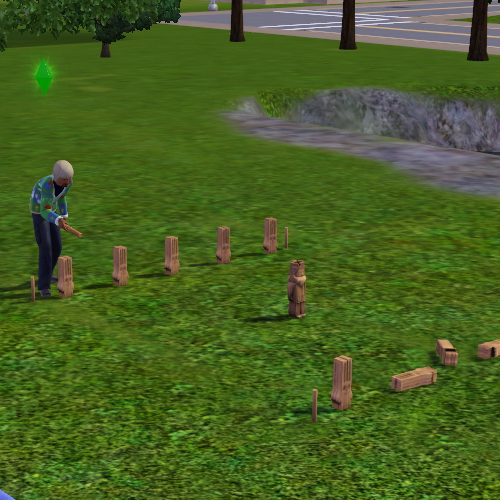 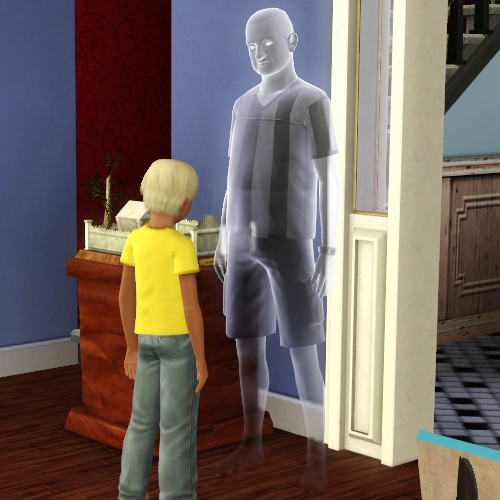 There’s no way Tyler’s ghost should still be around. Hm, that’s a glitch. Not a good sign. Willie Spline also showed up! Willie is from the other branch of the family, the one that resulted when the four non-heirs got kicked out of the house. 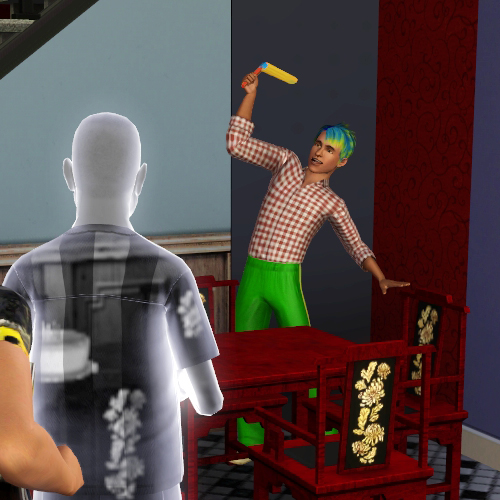 As you can see, he inherited Delphine’s hair! Then Mort blew out his candles and aged into this super fabulous outfit. 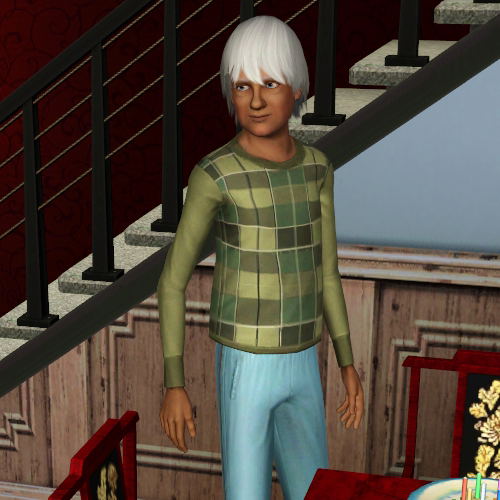 I had him phone his job and retire. The game asked me to confirm his retirement, and noted that his pension would be -§1,654.235 per day. Negative! Per day! This intrigued me, so I clicked OK. And then the game crashed, and it was all lost.Le sigh.