Mort finally made Level 10 of the Ghost Hunting profession! But it’s still talking about “experience remaining until next promotion.” Are there more than 10 levels to the professions? Because I just don’t know if I have it in me. 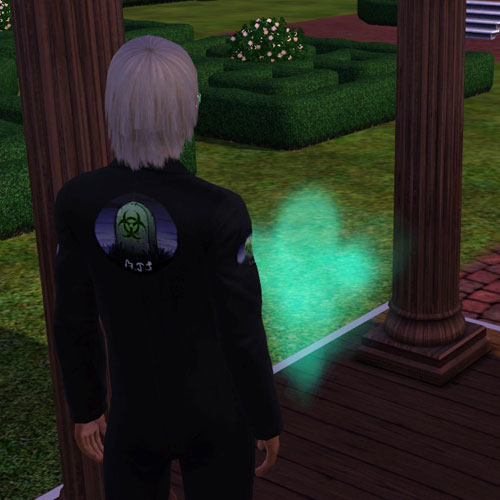 Mort looks as bored about catching that spirit as I feel.

In other news, we got a robot! Mort finally had enough Lifetime Happiness points to exchange for a SimBot. The game named her Carissa, and sent her over by cab. 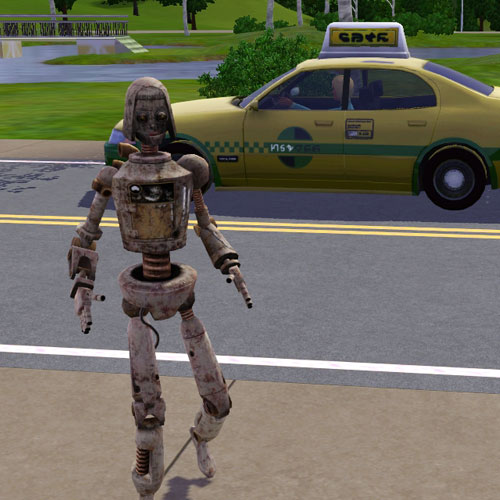 She’s… exactly like a person Sim, except she makes funny noises and looks different. Kind of like the playable ghosts except… more metallic. Hate to sound jaded, but color me unenthused.