The next day, I had Hera invite Jasper the Market Hog Kelly over first thing. (If they end up getting married, I’m going to have to change his first name.)

Holding hands? What kind of flirting is that? She leaned in for a kiss, but he balked. 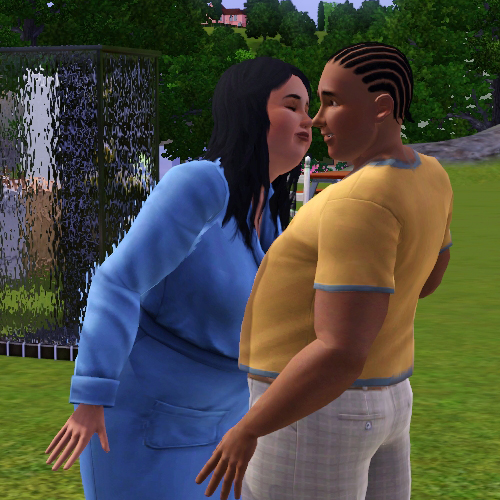 Denied for her First Kiss! Hera was sad about that. Then an interesting fact emerged. She wanted to take a shower, but she wouldn’t while Jasper was on the lot, for reasons of modesty. 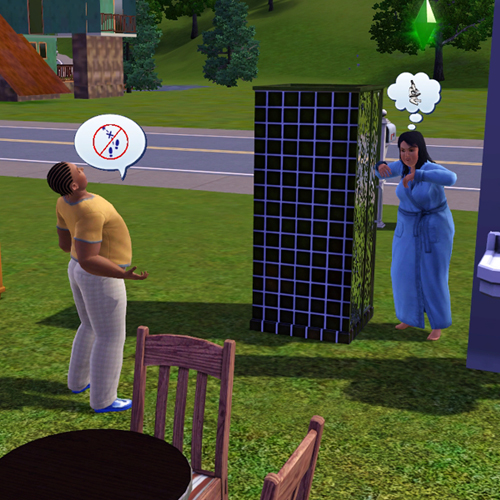 So I guess it’s fine to shower and use the toilet in front of the neighbors, the newspaper delivery kid, and every passing car. But someone else actually on the lot is a problem. I relented and built her a little outhouse. 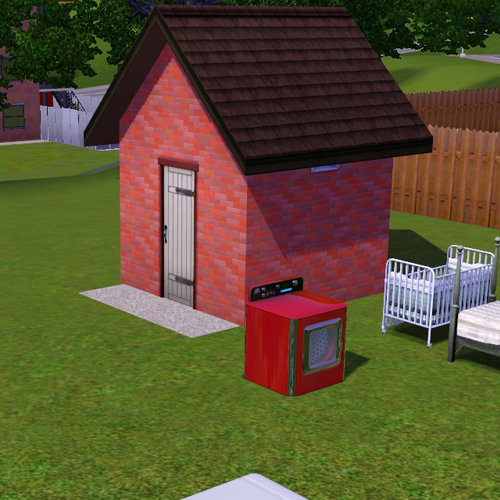 They both rushed the toilet, and got into a shouting match again. 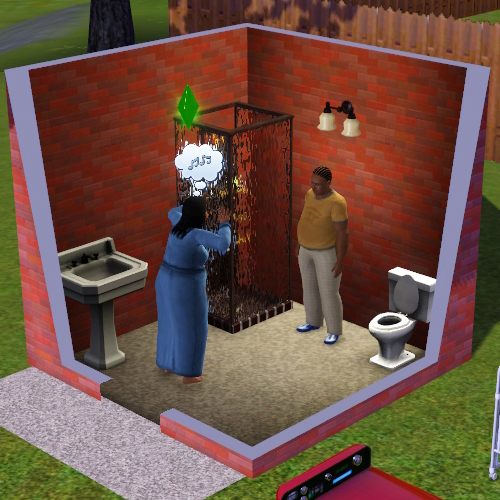 Later as the sun set, Hera hit him up for some cuddling, but he refused. 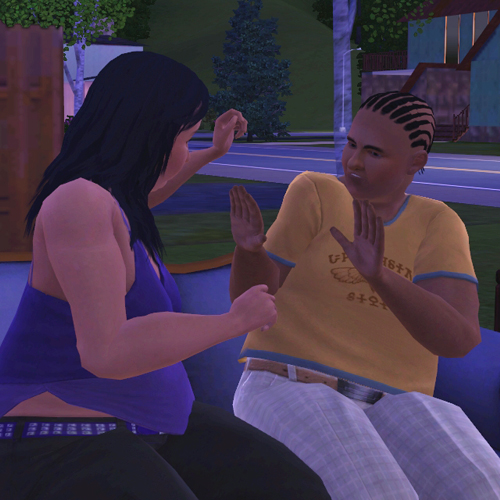 But then he agreed. 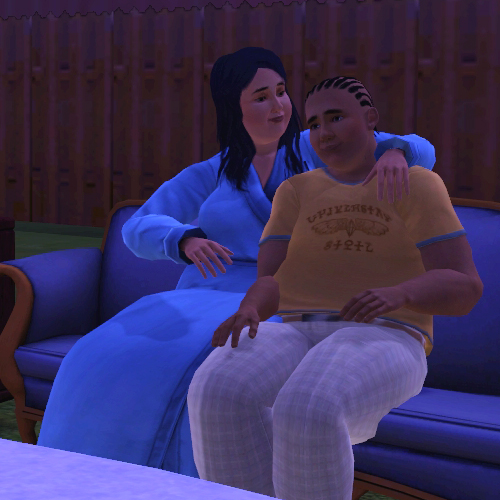 And finally they had a proper make-out session. 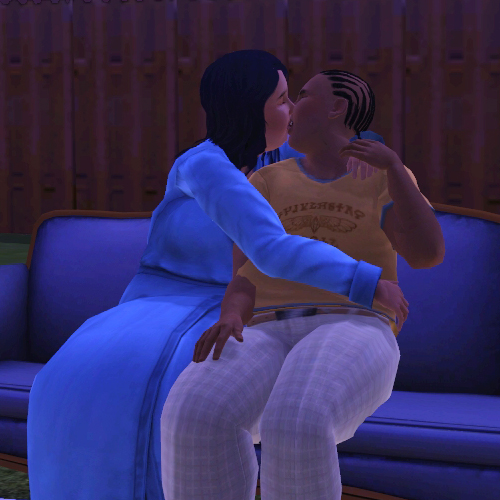 Unfortunately Jasper had to go to work, so he left Hera alone and frustrated. 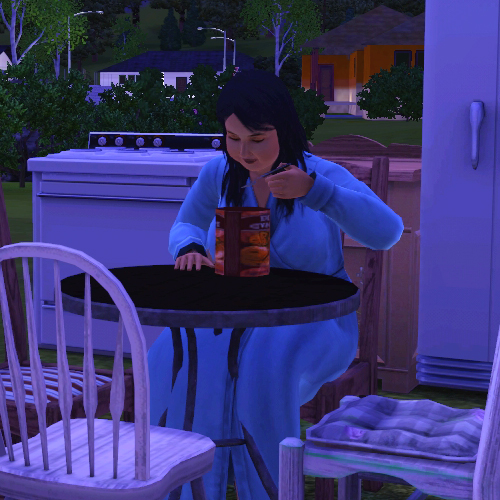 Ice cream to the rescue!