Rusty became practically compulsive about the guitar. Whenever he wasn’t playing it, he was wishing that he could play it. 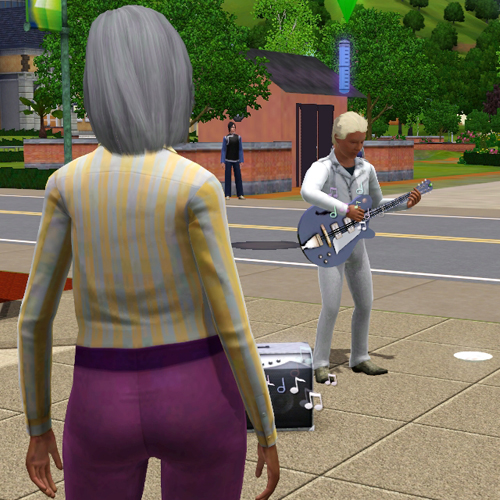 Meanwhile with Rusty out of the house more and more often, Mort and Henry have been super saccharine sweet. Here, Mort was interrupted in gardening by Henry, who came all the way from the far side of the second floor of the house just in order to “Hold hands with Mort.” 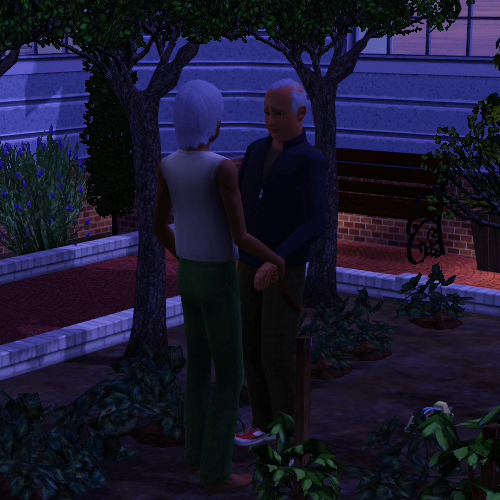 Awww. Despite being a rock star in training, Rusty still did his homework every night. 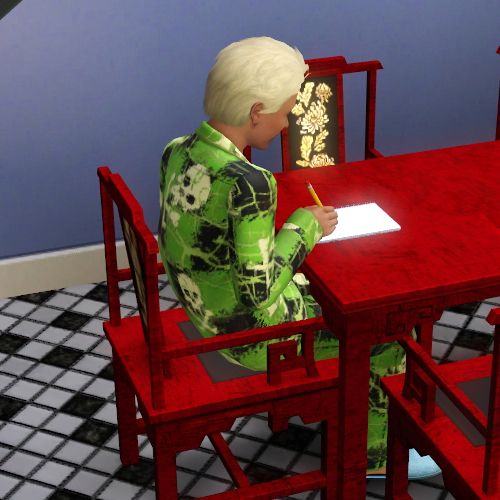 Stay in school, kids! On his last night as a teen, Rusty played in the central park downtown. 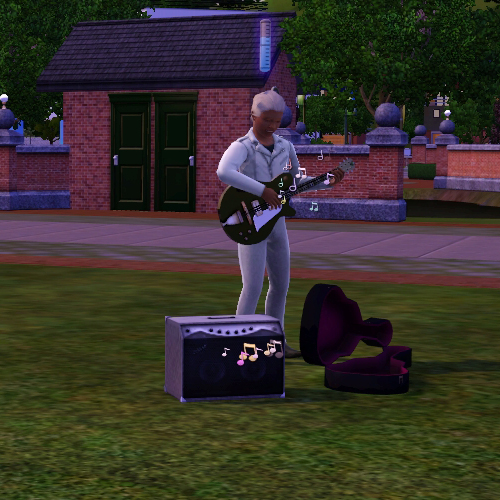 Then he had a nice relaxing bubble bath. 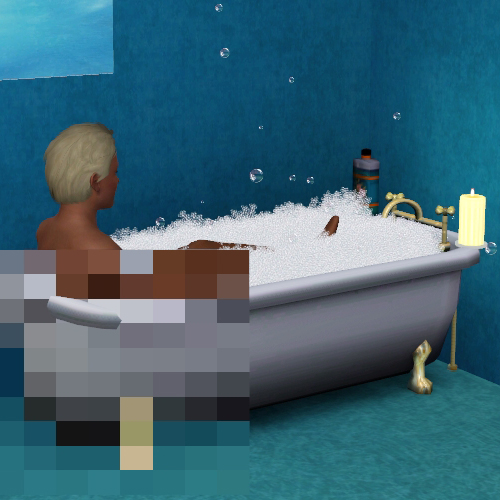 I like to think he spent his bath contemplating the future, and what it would bring. But probably he was just wondering how that candle managed to balance on the edge of the tub like that.