The next morning, her first harvest appeared! 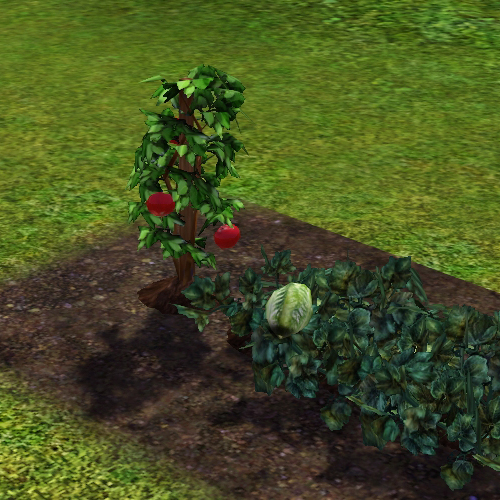 I never get tired of contemplating the existence of an iceberg lettuce bush.

I was getting tired of having to send Hera to the park every time she wanted a meal. I decided to buy the cheapest kind of grill. But when I clicked on it, she couldn’t cook with it.

Thinking that I had bought the wrong kind, I sold it back (losing §50 to instant depreciation) and bought the second-cheapest grill instead. 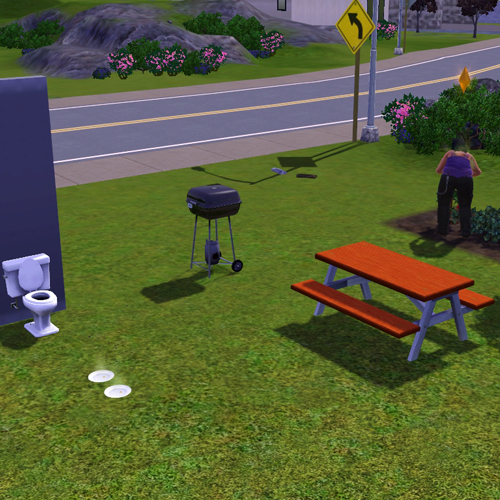 But she couldn’t cook with this grill, either. Figuring that she needed a fridge or a counter (or both), without thinking I sold back this grill, losing a whopping §250 (50% of the initial value!) to instant depreciation, and bought a cheap fridge and a counter. 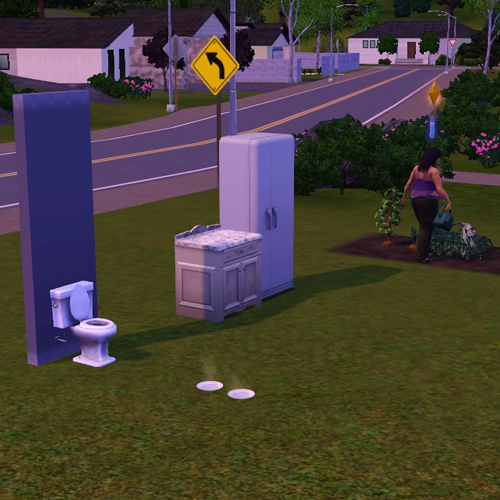 When I realized how much I had lost to depreciation, and that I should have just held onto the grill for now, I was chagrined. I’m used to just letting my Sims buy stuff! Speaking of buying stuff, her first bills arrived. 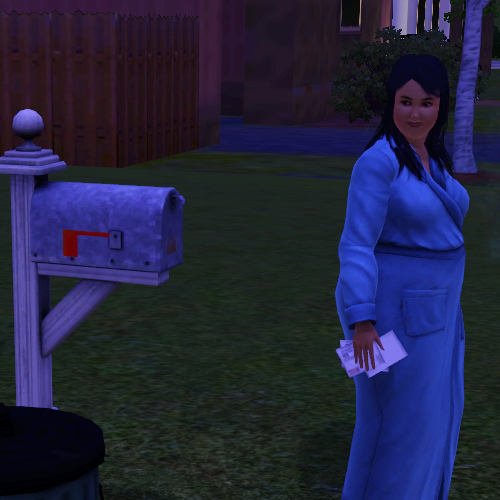 I glare like that at the mailbox when I pay bills, too. The funny thing is that the bills – which are calculated as a percentage of your household worth – are only §6!

Next we try a fridge, a picnic table, and a grill. 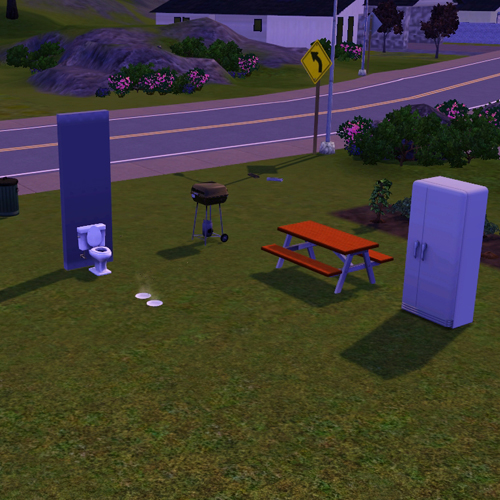 This doesn’t work either! The game informs me that Hera needs a counter in order to make hot dogs. Sigh! FINE I WILL BUY A COUNTER TOO. 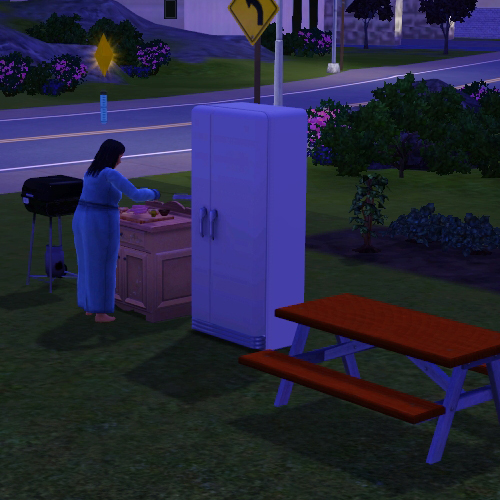 My goodness, it’s starting to look downright civilized up in there! 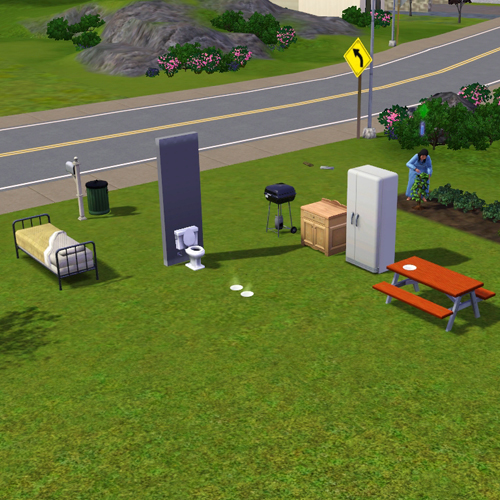