Soon after Mort was dropped off by the adoption agency, I spotted Pearl making goo goo eyes at one of the ghosts. 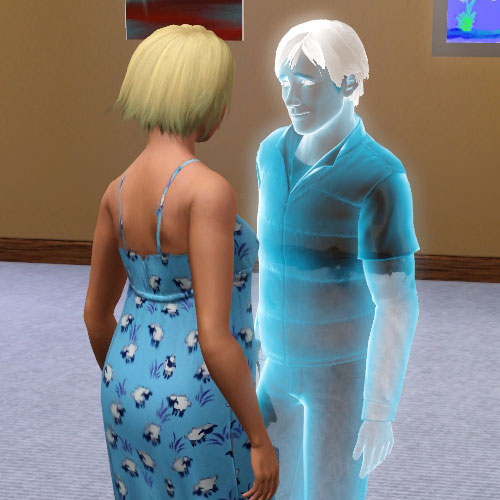 Emanuel Latham is just one of the ghosts who have somehow stuck around permanently. They don’t whisk back to the graveyard when the sun comes up. The house is getting kinda crowded. 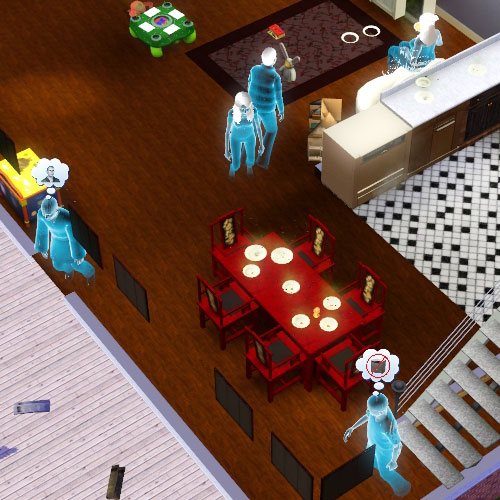 That night, I had Pearl confess her attraction. 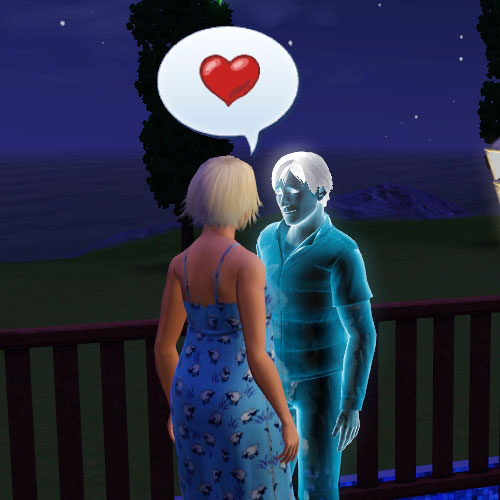 And move in for her first kiss! 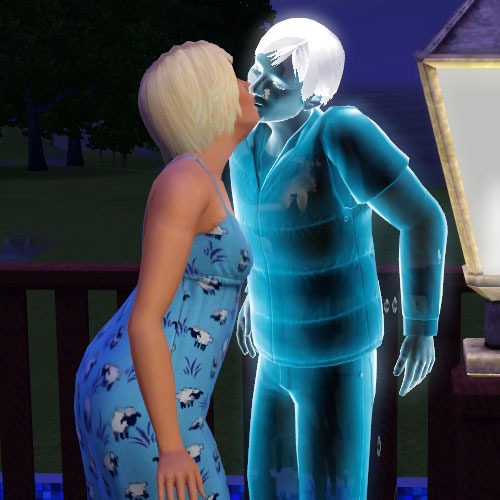 Then they retired to the bedroom. 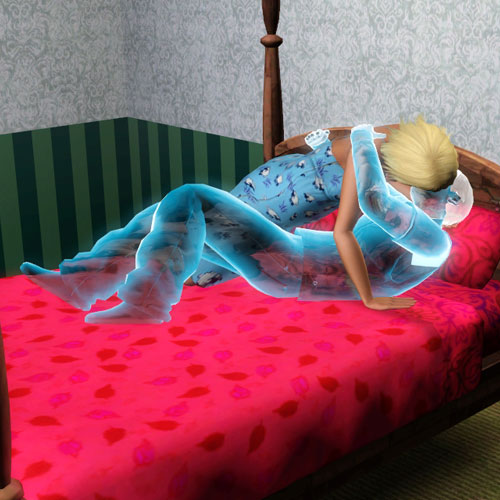 But when we got down to the nitty gritty, it was a NO GO. 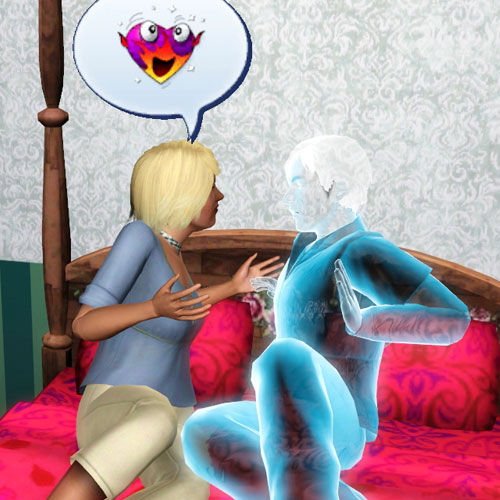 In other news, I was a little slow on the draw with this one. Oh, for the ability to rewind the game a few seconds. 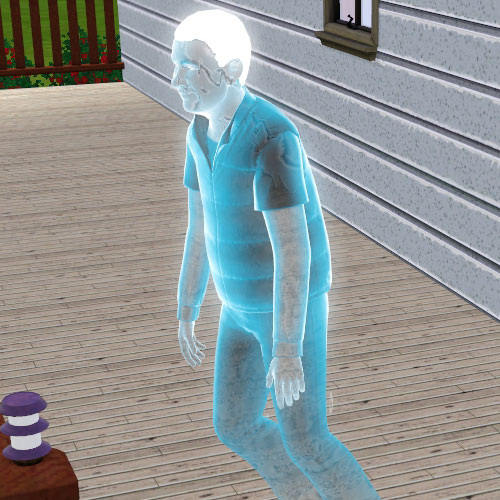 That is one of the other house ghosts, right after vomiting up a green slime on the front porch! Which is new to me. I didn’t know ghosts could vomit! And I’ve never seen green vomit on the floor. A vomiting Sim will rush to the toilet. Wish I’d caught a screenshot! 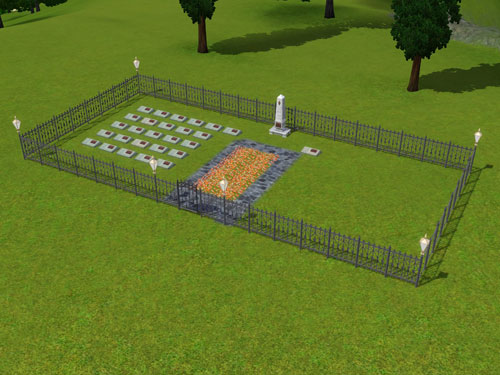 I expanded the graveyard. With a little more room for future growth.