The next morning I discovered that she had earned a cool device that you can use to “Perform Experiment” on household items. I had her use it on the fridge. The game says it has been “sonificated,” which means that every so often it lets out a series of electronic pinging tones. 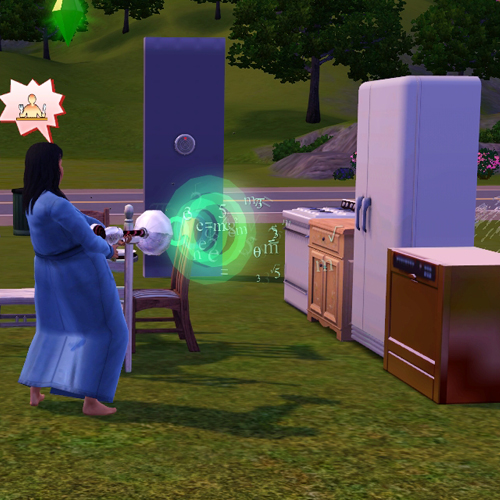 Next, she used it on the countertop. Which became electrified. 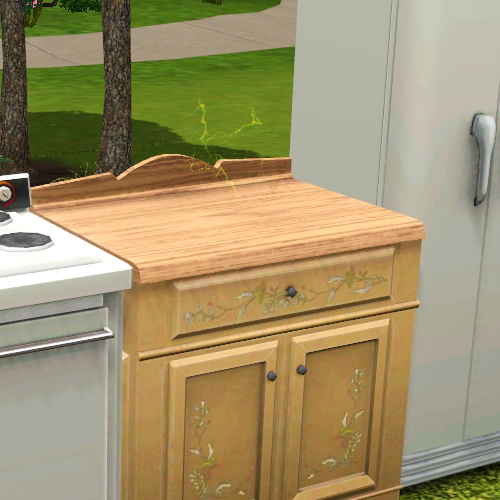 And a third time on the stove – whoops, big fire! 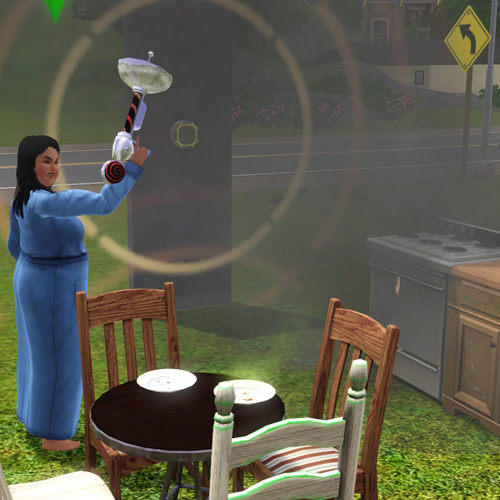 I don’t trust that neighbor chick! She is way too excited about this. 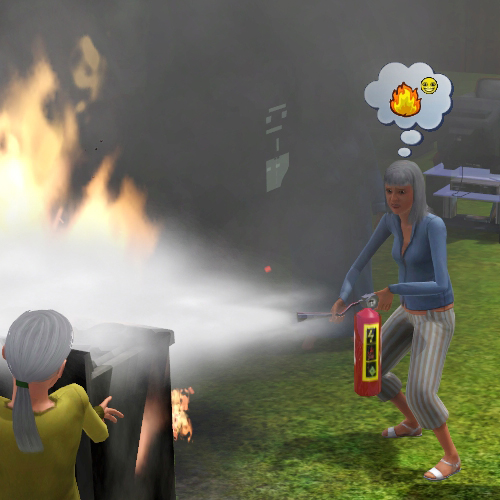 Hera’s stove ended up SUPER blackened by the flames. 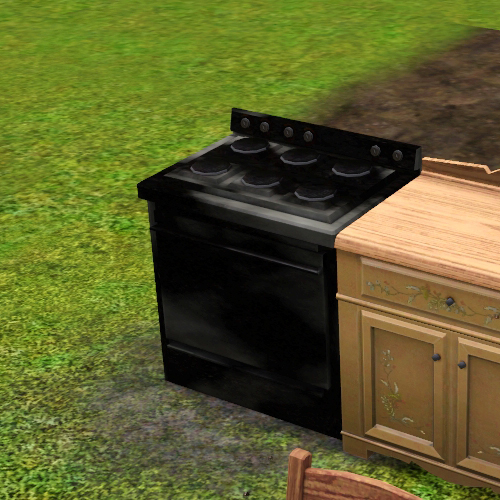 I admit it – I got lazy, and just replaced it for §400. Such a waste of Simoleons, and I probably should have waited for her to find one at the junkyard. But it was late and I was tired and not thinking straight.