It defies all sense, but all six of the toddlers have grown into children without anyone being confiscated by Sim CPS. I really expected to be free of most of them by now! Facepalm.

Anyway, here’s the heir, Cyra, having leftover birthday cake for breakfast. I pretty much just focus on Cyra, and let everyone else in the house fend for themselves. 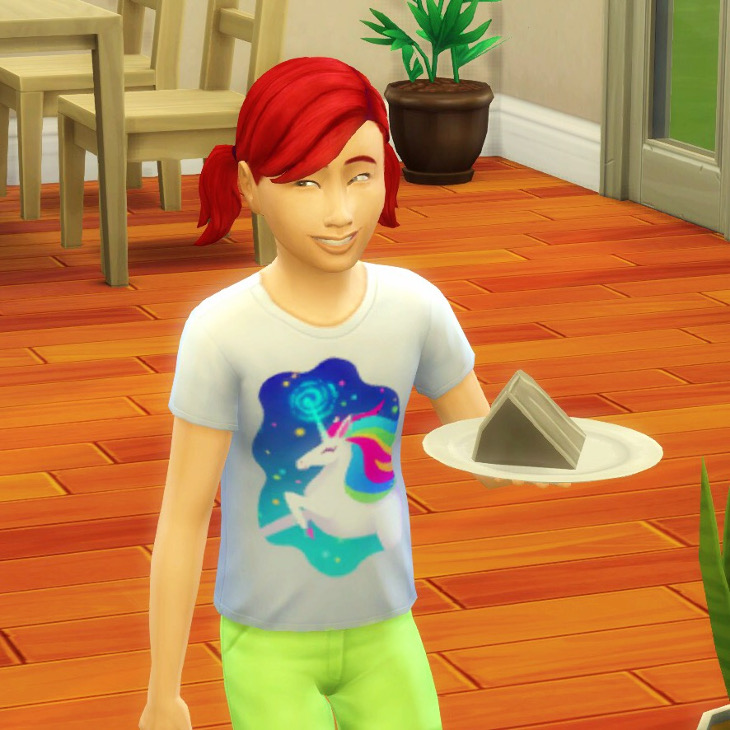 Finally maxed out Baxter’s Comedy skill. He hit the achievement while some rando played guitar behind him. 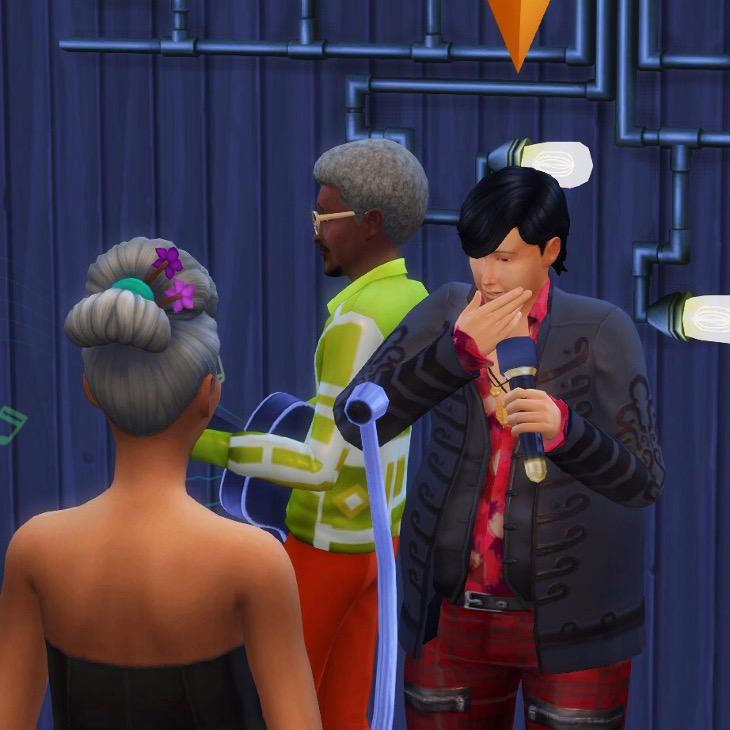 I’m determined to 100% this game on Xbox One, which means getting all of the achievements. All of which are pretty grind-y, so this one put me in a celebratory mood!

I thought it was great when all the toddlers grew into children, because it meant I could have both parents get jobs. The household is quickly running out of money, and we need both incomes.

My plan fell short when a fire broke out on the lot while the adults were gone. The children had no way to put out the fire! 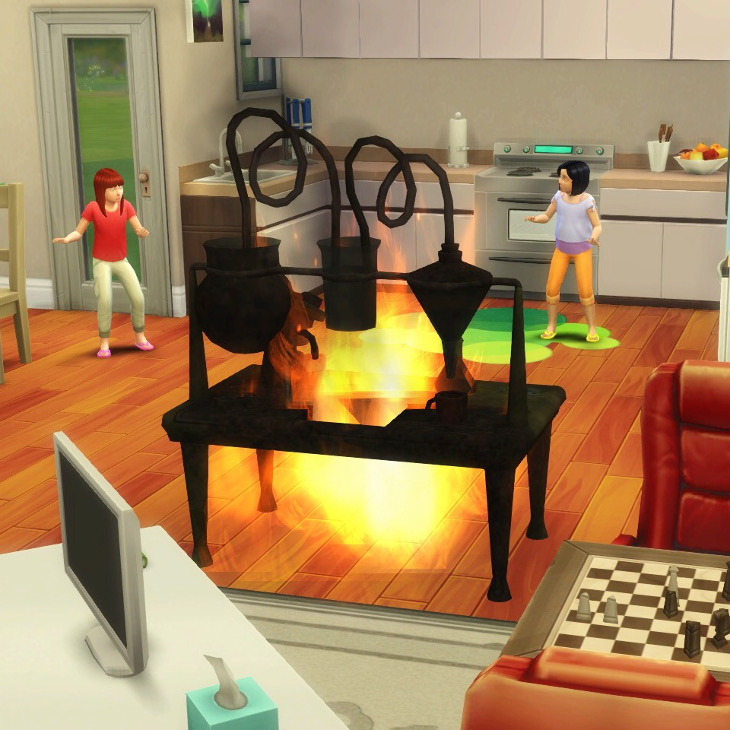 Then dad came home and decided this looked like a great time to curl up on the couch with a book. 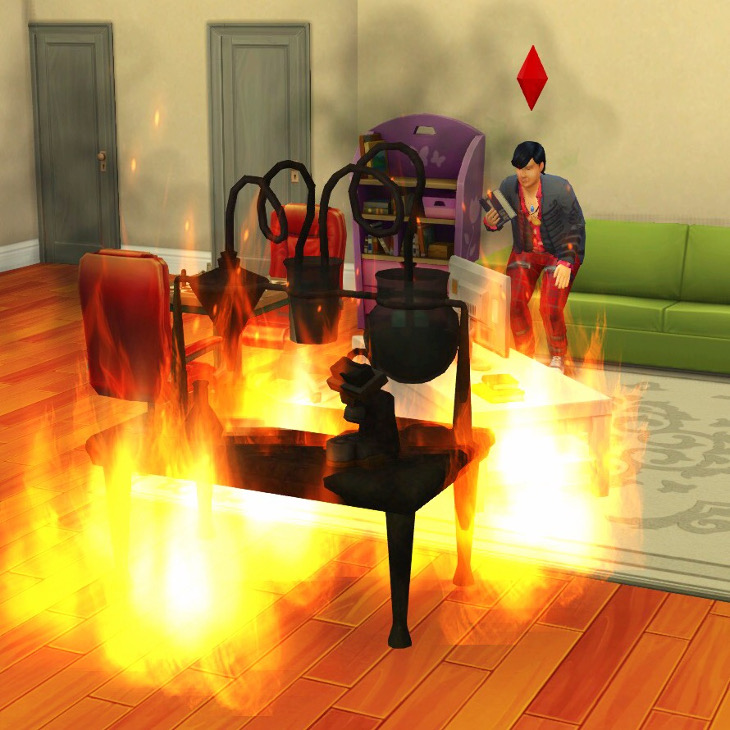