The next morning, Hera awoke first. She shook Angela awake, then immediately popped the question. 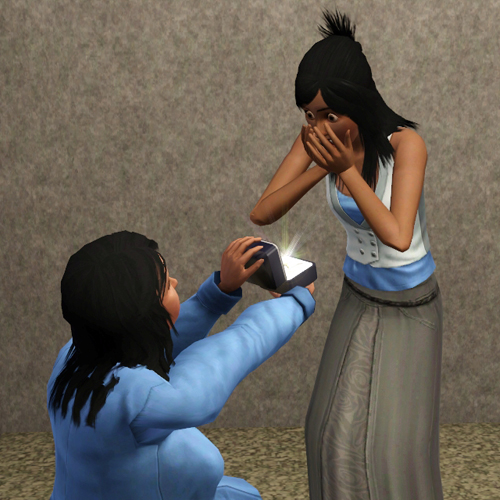 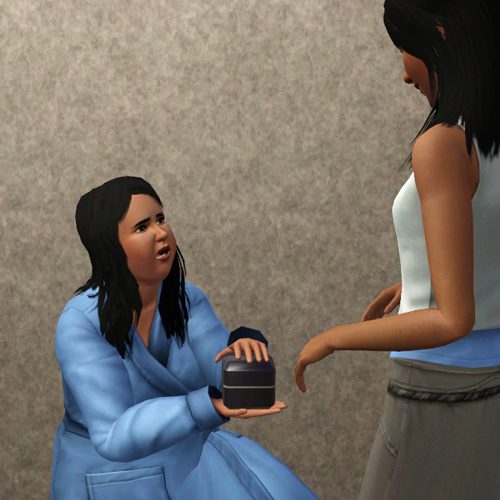 The best part about this was the game’s accidental comedic timing. The pop-up message said, “Hera has learned that Angela is Insane.”

Before she left for the day, Angela stopped to pick up all the newspapers Hera has left moldering on the lawn. So that was nice of her, anyway. 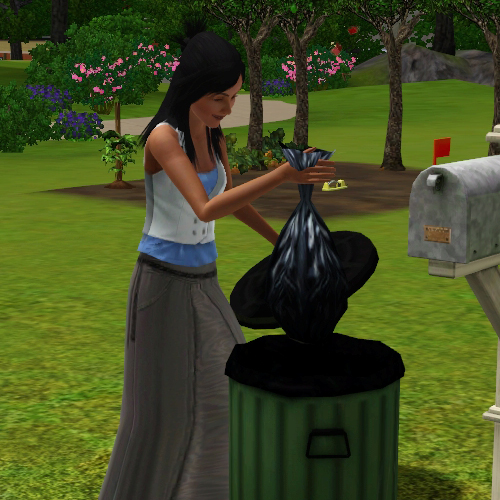 Hera consoled herself by reading a fishing book to improve her skills. 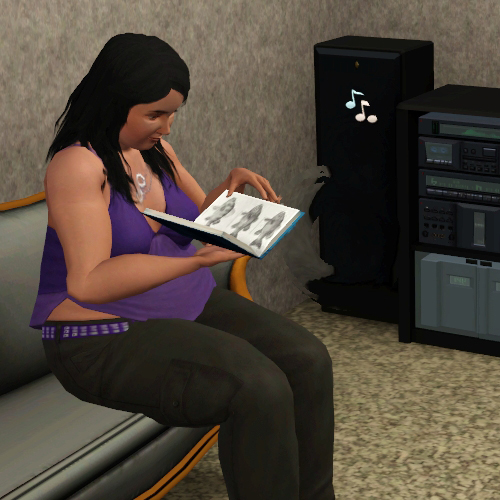 (I love how you can see pictures of fish in the book!)

By the way, at this point Hera has accumulated §45,262. A pretty respectable tally, but we’re still a long way from being Sim Millionaires (which is kind of the point of this exercise).